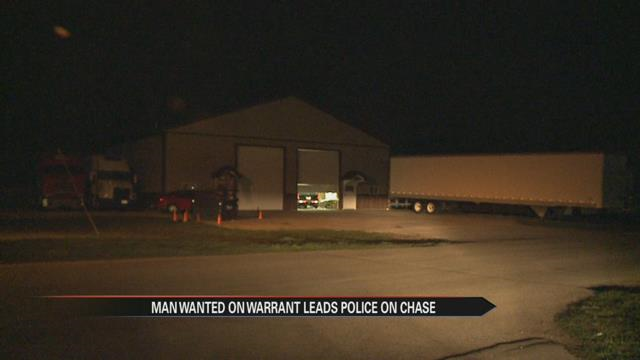 An early morning police pursuit involving multiple departments ended in a vehicle being crashed into a business. It started around 1 a.m. Tuesday in the Ligonier area and ended in Elkhart on Alma Street.

The driver crashed into a trucking business just before 2 a.m.

Multiple departments were involved in the pursuit including: Ligonier, Goshen, Middlebury, and Elkhart Police Departments, along with Noble County Sheriff's Department.

The manager at the business said the man who crashed into the building is actually the owner's son and was trying to get away from police because there was a warrant out for his arrest.

The driver was taken to the hospital to be treated for his injuries prior to his arrest. Ligonier Police Department said they will issue a press release later in the morning.