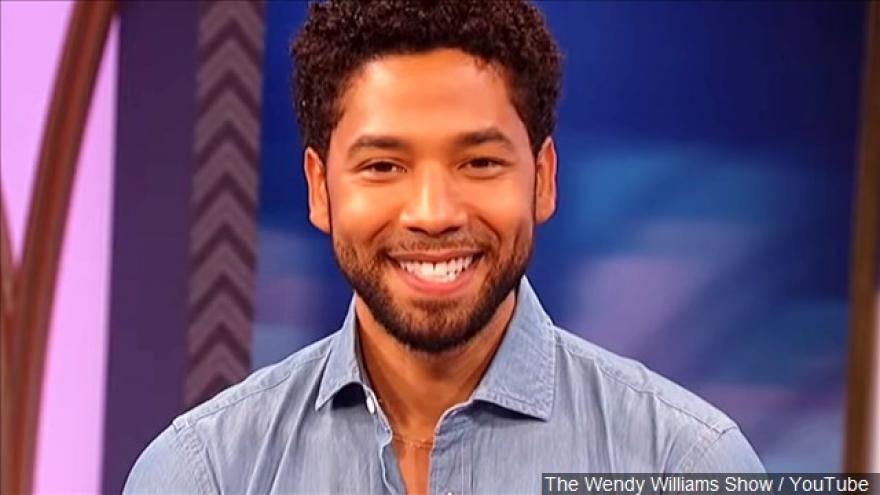 The two men aren't considered suspects but may have been in the area at the time Smollett said he was attacked, Chicago police spokesman Anthony Guglielmi said. Smollett said two masked men shouted racial and homophobic slurs before attacking him and putting a rope around his neck around 2 a.m. on Jan. 29.

Guglielmi told The Associated Press that the two men are the same people shown in surveillance photos released last month by police. Guglielmi said the men were identified through advanced technology, interviews with Smollett and witnesses, and transportation records.

Smollett, who is black and openly gay, told ABC News in an interview that aired earlier Thursday that he believes the people of interest are the ones who attacked him.

No arrests have been made in the case. Police said they have not found surveillance video that shows the attack but that the investigation is ongoing.

Smollett also told the ABC News that people who question his narrative of the attack were "ridiculous" to think he would lie. Smollett has said he was attacked while out getting food at a Subway restaurant.

"I've heard that it was a date gone bad, which I also resent that narrative," he said. "I'm not gonna go out and get a tuna sandwich and a salad to meet somebody. That's ridiculous. And it's offensive."

He said he didn't remove the rope from around his neck before police arrived "because I wanted them to see."

"I didn't need to add anything like that," he said. "I don't need some MAGA hat as the cherry on top of some racist sundae."

Smollett said he didn't want to call police at first, but that his friend and creative director, Frank Gatson, called on his behalf. Smollett also said he didn't initially want to give police his cellphone because the device contained private content and phone numbers.