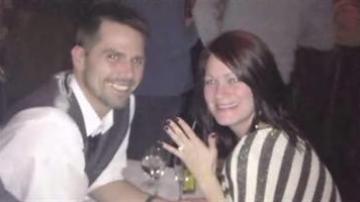 NEW YORK — Police believe they have recovered the body of the second victim in a boating accident on the Hudson River in New York.

Investigators are still working to positively identify the body believed to be that of Mark Lennon.

Lennon and 30-year-old Lindsey Stewart went overboard Friday night after the boat they were on hit a barge.

Stewart's body was recovered on Saturday.

Police have since arrested the boat operator.

He has been charged with first degree and second degree manslaughter. Police believe he was intoxicated.

Four other people, including the groom-to-be were also on the boat. All four are in the hospital.