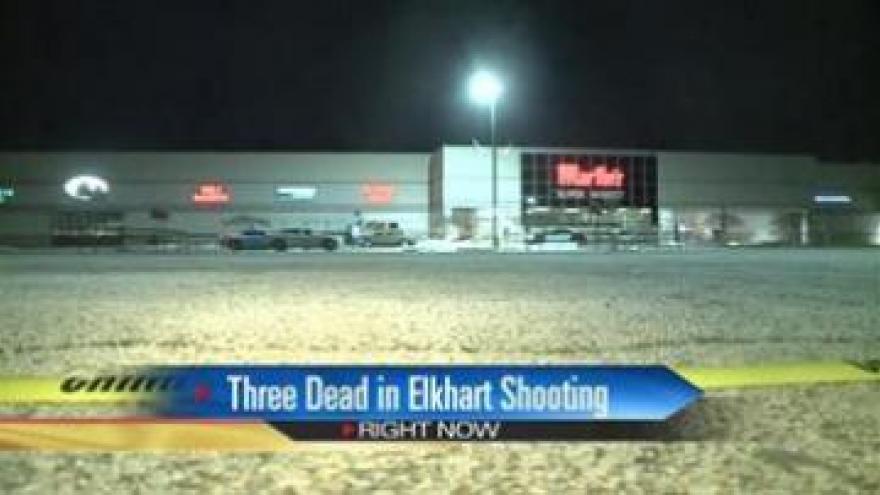 ELKHART COUNTY, Ind. -- The Indiana State Police held a press conference regarding the shooting at Martin's Wednesday night. They released the name of the shooter and gave details on what happened.

Police say parts of the incident were caught on surveillance video from the store, other parts happened just out of the camera's view.

According to police, Shawn Bair entered the store at 9:30 p.m. and for 30 minutes just walked around the store texting and making phone calls.

He was known to store employees because he lived in the area, had been in the store before, but they had never had trouble with him before.

At 10:05 p.m., things changed. They don't have the first shooting on video and they don’t know exactly what time it happened.

The first victim was 20-year-old Krystle Dikes, a Martin's employee who was working stocking shelves. She had worked at Martin's for a short time.

Police said after the first shooting, the suspect walked up to another Martin's employee. Words were exchanged, she ran and he fired shots at her, but missed.

At this point in time police say there were 12-15 people in the store. Customers and employees can be seen leaving the store at a rapid pace on the surveillance video.

"The people at first kind of acted like they didn't know what was going on and then within a matter of a few seconds had an idea that something was wrong and you started to see people exit the store in a rapid pace," said Sergeant Trent Smith of the Indiana State Police.

He then walked away and as he turned the corner, he ran into the manager.

The suspect pointed the gun at the manager and told the manager to get on his knees, police said.

The suspect held the manager at gunpoint for two minutes.

By this time Elkhart Police arrived at the store, three minutes after the first 9-1-1 call.

When police entered the store, it took Bair's attention away from the manager, and the manager got up and ran out of the store.

Police entering the store cleared the store until they located the suspect in an aisle.

Gunshots were exchanged and Bair was killed.

Police said the bravery and quick response of the Elkhart Police saved lives.

Police are having a difficult time notifying the next of kin, but once that happens their names will be released.

A motive still has not been determined.