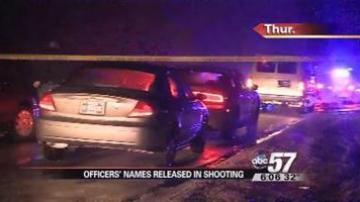 MARSHALL COUNTY, Ind. -- We learned the names of the Marshall County officers who killed a Plymouth man!

Police said that the Argos bar owner led police on a high speed chase Thursday, and then started shooting!

The coroner is still waiting on toxicology tests, but Albright’s friends told us that he had been drinking heavily that night.