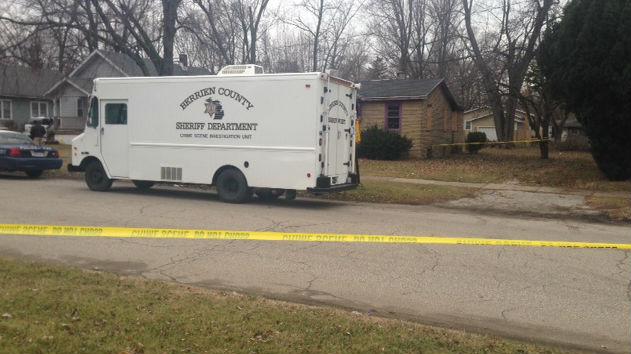 The man whose body was found behind a home on Union Street in Benton Harbor has been identified.

The Benton Harbor Department of Public Safety received a call around 11:30 a.m. after a woman discovered a body in her back yard when she came home for lunch.

When police arrived, they confirmed the victim was deceased.

He has been identified as Richard Street of Benton Harbor.

"Rich was a good man. He didn't deserve to go out like this. Whoever is responsible, I hope they get you," said Darren White.

"We're pretty shook up right now. We just want answers at this point. Hopefully police close in on this before it goes cold," said White.

White says there was a visible gunshot wound to Street's head.

His family knew something was wrong when street didn't show up for work last night.

“I was hysterical. My stomach went to hurting and I was about to throw up. I never see nothing like that in my life," said Ellis.

Ellis says she heard commotion outside on Monday night, but she didn't see anything out her window.

Nearly a dozen homes were blocked off while investigators collected evidence.

Ellis said it looked like a scene from a horror movie.

“It was very scary. It makes you don't even want to go home and makes you look behind your back going in your house at night. Just scary," said Ellis.

A forensic autopsy will be conducted Wednesday in Grand Rapids.