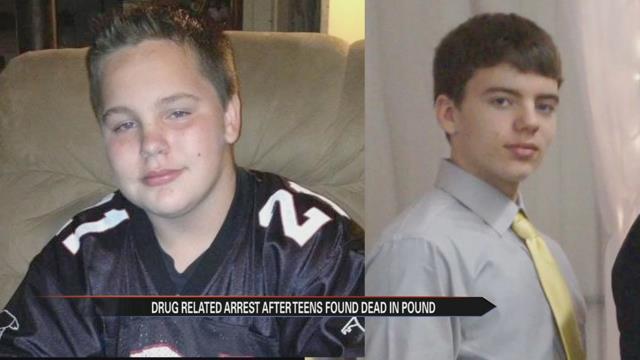 A 28-year-old Syracuse man is facing charges for allegedly selling acid to an unidentified juvenile, who then allegedly sold the acid to two 17-year-olds whose bodies were found in a private pond on May 30.

Just before 2 a.m. May 30th, the Kosciusko County Sheriff’s Department was called to a home on Maple Run for reports of two teens who were missing.

The bodies of Kaleb Lampkin and Korbin Foster were later recovered from a pond behind the home.

According to the probable cause affidavit, an unnamed juvenile purchased a half a vial of acid from Jared Frantz.

Frantz told police he had purchased the half a vial of acid for $200, then sold it to the juvenile for $300, according to the affidavit.

That juvenile then sold the acid to the two boys who later died, according to the probable cause affidavit.

“Unfortunately in a tragic way – these juveniles stepped into a realm an area that is extremely dangerous and has always been dangerous by using acid or taking acid and LSD form like this for this experience and unfortunately if this was correlated with their death it is very tragic,” said Sergeant Chad Hill of the Kosciusko County Sheriff’s Department.

The deaths of the two teens were classified as accidental drowning pending toxicology results.