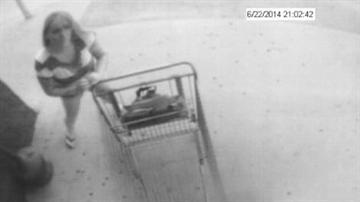 THREE RIVERS, Mich. -- Three Rivers Police are searching for a suspect believed to have been involved in an arson at Walmart just after midnight Monday morning.

The store had to be shut down for 24 hours because of smoke and water damage caused by the fire.

The total amount of damage and loss to the store is estimated to be in the tens of thousands.

She was driving a light colored, late model pickup truck.