Police release sketch of man accused of exposing himself 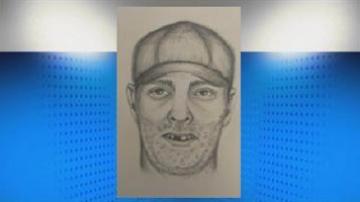 BUCHANAN, Mich. – The City of Buchanan Police Department released a sketch of a man who is accused of exposing himself to a woman and two young girls.

Last Sunday afternoon, two girls, an 8-year-old and a 12-year-old, were playing at McCoy Creek Park when a man in a car approached them in a car.

He didn’t get out of his car, but called the girls over and asked them where the softball fields were.

They were actually in sight of the man.

Capron says those girls immediately reported the man to police.

But about 5 hours later he was seen again not far from the back of the police department at Buchanan Commons.

"One of the previous victims noticed the car, went and told somebody, they went out and tried to confront him. Had some conversation with him and he exposed himself to lady as well,” said Capron.

The suspect fled the scene before police arrived.

On Monday, a forensic artist came down from Lansing and drew a sketch of the suspect.

"Early 30s to mid 40s is the age range we got from the victims. He had a scruffy 5 o’clock shadow, beard, not clean shaven. Dark hair wearing blue baseball hat, blue shirt and blue shorts,” said Capron.

The man is also missing a front tooth.

That's not all police have to go on. They say he was driving a dark blue Mercury Cougar.

"There is a temporary Indiana license plate actually on where the plate belongs D714259,” said Capron.

Police are asking your help in finding the suspect so everyone can enjoy Buchanan's parks safely.

"Parks are supposed to be a safe place. We encourage use of our parks. Parents need to make sure kids know not to approach strangers,” said Capron.