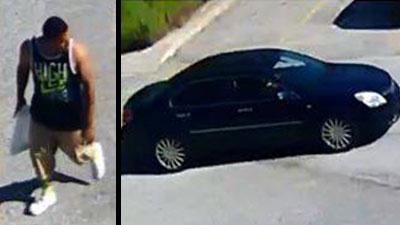 Mishawaka Police have released photos of a man they say committed a burglary at Autumn Lakes apartments.

The pictures released include a surveillance photo of the car, which police believe may be a Saturn Aura.