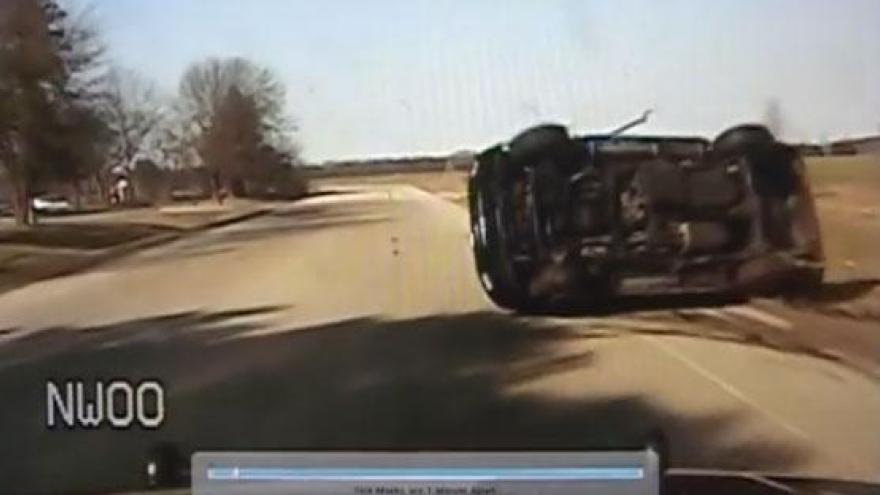 Three Rivers Police were called to the 200 block of River Drive on March 4 to investigate reports of shots fired.

When police arrived on scene, the victims said three men with guns tried to rob them.

The victims fought back and the fight moved from inside an apartment to the front yard of the apartment building.

Multiple shots were fired, but no one was hit, police said.

The suspects fled in a black SUV.

A Michigan State Police trooper located the SUV and attempted a traffic stop.

The driver did not stop.

Another officer, whose dashcam was released, began following the SUV.

The officer followed the suspects until an MSP trooper successfully performed a PIT maneuver and the SUV rolled onto its side.

The three suspects were taken into custody without incident.

Two are residents of Elkhart, Indiana, the third is a resident of Three Rivers.

They all face charges of attempted murder, felony firearms and CCW violations.

The names of the suspects have not been released.