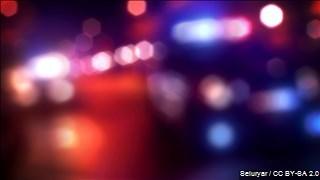 Police are investigating a shooting incident that left multiple people with injuries Sunday in South Bend.

The shooting happened just before 4:00 a.m. Sunday in the 2300 block of West Elwood Avenue.

Police were dispatched to the location for reports of shots fired and found evidence of multiple rounds that were fired.

While processing the scene, officers were told that two people went to the hospital with possible gunshot injuries.

Police arrived at the hospital and found 25-year-old Brandon Lee Pegues suffering from shotgun wounds to his head, body and leg.

Officers also spoke with 22-year-old Shaquille Weatherspoon who had an eye injury.

Both were treated for non-life threatening injuries.

Police are asking anyone with information to contact CRIMESTOPPERS at 288 STOP or the South Bend Police Department at 574-235-9201.