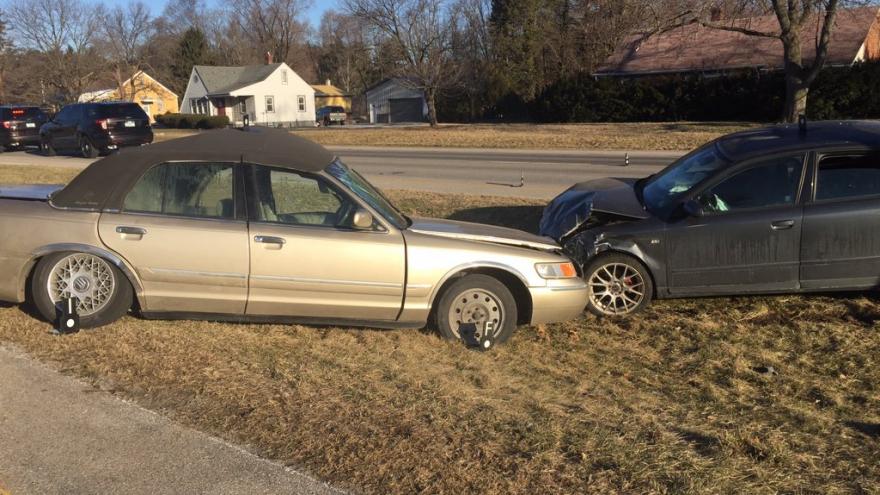 Sheriff Bill Thompson says one man driving one of the two vehicles was seriously hurt.

In the other car, two others have minor injuries, including a child.

Thompson says a vehicle was trying to cross State Road 2 to go eastbound when a westbound vehicle hit the other vehicle right in the driver's door.

Thompson says two people were taken to the hospital because there was "so much force in the crash.”