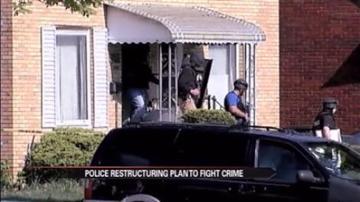 DETROIT. -- The city of Detroit plans to restructure its police department  to help fight crime.

Members of the specialized units like the gang unit will be re-assigned to patrols and investigations.

2012 was the deadliest year in Detroit in nearly 20 years.

The chief says the city needs more resources on the streets but can't afford to hire more officers.

Right now nearly 68 percent of the force is on patrols. The plan boosts that number to 80 percent.