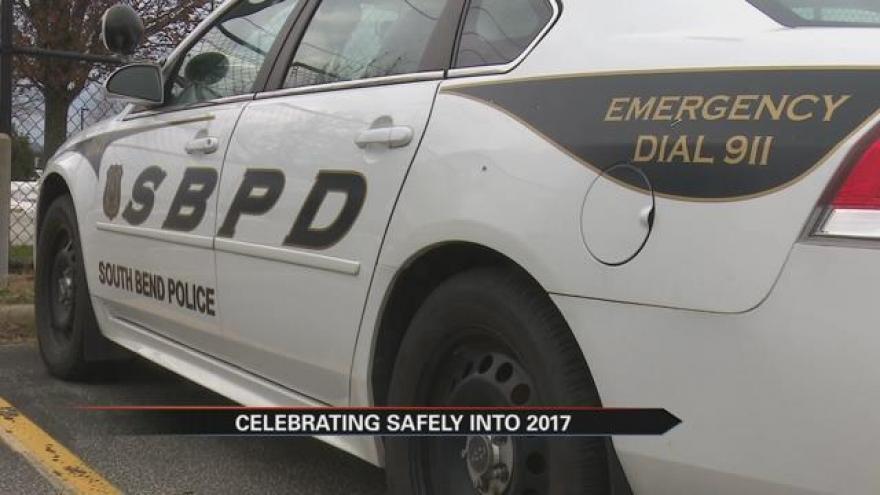 As you are celebrating the New Year, authorities are urging you to do it safely. That involves not driving drunk and following a one-year-old South Bend ordinance prohibiting firing a gun in celebration.

“When you throw a baseball up, you can watch it and pretty much see where it’s gonna go. This you have no idea,” said South Bend Police Lieutenant, Gene Eyster.

So as of 2015, you cannot fire a gun recklessly or in celebration, of the New Year, for instance, in South Bend.

“The penalty for that is rather substantial. It’s $2,500 for each and every offense,” said Lt. Eyster.

That’s nothing, however, compared to if you were to injure someone.

“We had had people report damage.  Broken windshields, bullet holes to the roofs of their cars, and there’s no way to prevent that from coming through the roof of the house or coming down on someone who’s out on the street, so it reached a point where we felt like we had to do something to try to curb this,” he said.

So, the South Bend Police Department and Common Council came together to say keep the guns in the holster.

“People I don’t know what the draw is that they feel like firing a firearm into the air is some celebration in some means, but they have to consider that that bullet doesn’t have eyes, and it doesn’t have a conscience,” said Lt. Eyster.

Police hope you do, though, because calls about shots fired also drains their resources.

“We can’t send one officer, obviously to a call of shots fired , so there may be two or even more officers responding, and it drains that area of town that they could be responding to something of someone needing emergency help,” he said.

When it comes to celebrating, police are asking you to use care.

“So we want people to bring in the New Year safely. We don’t want to see anyone get hurt, whether it’s on the road or through this act of firing a handgun,” said Lt. Eyster.