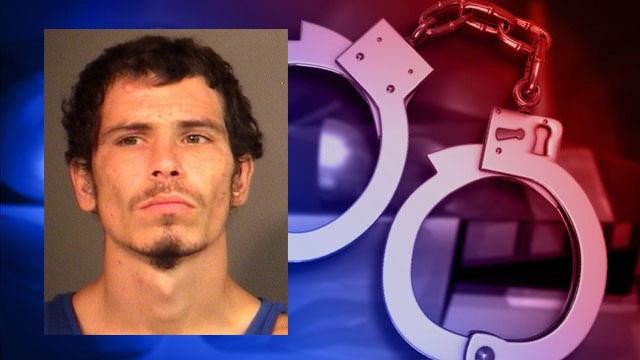 Mishawaka Police arrested a man they say robbed a hotel, two Pokemon Go players at Battell Park and a convenience store on Sunday.

Richard Allan Lima has been charged with four counts of robbery and one count of intimidation.

Around 4:30 a.m. July 17, Lima entered the Hampton Inn on 933, pointed a gun at the clerk and said, "Give me the money or I will shoot you," according to the probable cause affidavit.

Lima then allegedly went to Battell Park and approached a couple playing Pokemon Go. He allegedly showed a gun and said, "Give me the phone or I will kill you," according to reports.

The victim handed over his phone and the suspect fled.

At the same park, he allegedly approached another Pokemon Go player and demanded their phone. The victim gave his phone to the suspect and the suspect fled.

The victim told police the suspect was wearing black clothing and a black backpack and bandana.

Around 10:30 a.m., Lima allegedly entered the Quick Mart on Main Street, showed the clerk a gun and demanded money.

The clerk told police the suspect said, "If you call the police I will come back and kill you."

The suspect then fled on a black bicycle, according to reports.

Mishawaka Police investigated the robberies and developed Lima as a suspect.

Lima was located at an apartment complex. Inside the apartment, police say they found a black backpack, black clothing, bandana and a CO2 pistol that resembles a handgun.

Lima spoke with officers and admitted to the four robberies and making the threat against the Quick Mart clerk, according to police.

Lima told police he committed the robberies because he had drug debts.

Lima faces four counts of robbery and one count of intimidation.