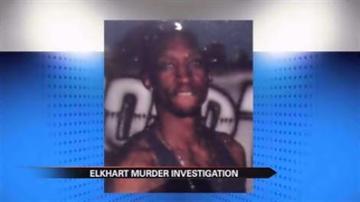 ELKHART COUNTY, Ind. – Elkhart Police are still looking for the person who shot and killed an Elkhart man in the middle of the day Tuesday at 6th and Cleveland.

It’s the same spot where there are now flowers in memory of a man born in Mississippi, but who made his home in Elkhart almost ten years ago.

"We called 911 but the paramedics never showed up. We actually got hung up on. We had to drive him to the hospital ourselves,” said Johnson’s friend.

"Once arriving at the hospital he was pronounced deceased,” said Sigsbee.

His friends didn’t want to show their faces on camera.

They said their arrival at the hospital was chaotic.

"When they got to Elkhart General Hospital they had to take the stretcher from the people because they were moving, like they were just all in shock they didn't know what to do,” said Johnson’s friend.

Now they're trying to put those memories in the past.

"Not a day go by that he didn't make you laugh,” said another friend of Johnson’s.

Instead, they’re remembering their buddy and listening to his music they say he produced himself.

Detectives with Elkhart city's homicide unit are doing interviews and are looking for anyone with information that might help lead to an arrest of the person who shot and killed Eddie Johnson.