Police searching for suspect who fled in stolen vehicle 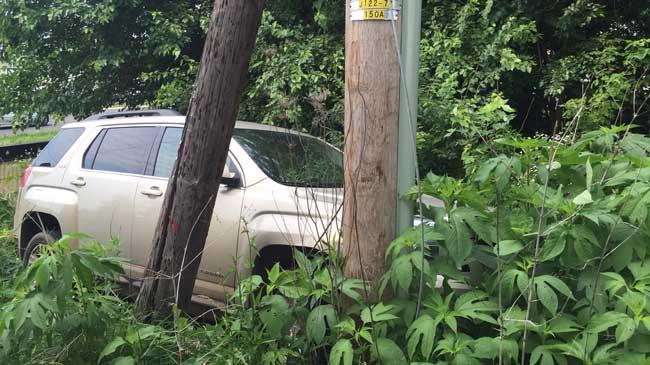 A police pursuit started in Michigan and ended on SR23 in Granger when the driver crashed a stolen vehicle, then fled the scene.

According to the Cass County Sheriff’s Department, a deputy began pursuing a vehicle known to have been stolen from Elkhart on Tuesday.

The pursuit began around 11 a.m. Friday at Union and Bullhand roads in Cassopolis.

An off duty deputy spotted the vehicle and called it in. He and Michigan State Police troopers followed the suspect.

The chase went from Union and Bullhand, onto M62, south to SR23 in Granger.

The driver crashed at SR23 and Herbert Street into a utility pole, then ran off on foot.

"We tried to stop it and it led us on a pursuit that ended here," said Sergeant Ryan Schoonveld of Michigan State Police.

Police set up a 2 mile perimeter to search for the suspect, but did not locate him.

"We got the vehicle we were looking for but we didn't get the suspect," said Schoonveld.

Nearby residents are worried about being outside since the suspect wasn't caught.

"Is this guy closer than we think?" said Dudley Beyler.

Schoonveld doesn't think it's likely the suspect is still around.

"I am guessing he got picked up by somebody and is long gone from here," said Schoonveld.