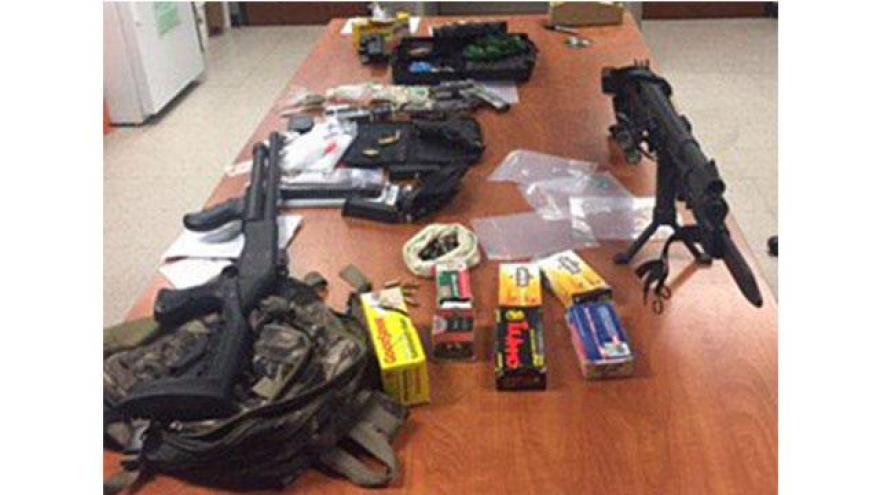 South Bend Police seized five guns and cocaine after being called out to a home on a domestic violence call.

Police were called to a home on W. Van Buren Street on February 24 to investigate a possible domestic battery.

When officers arrived, they located the victim across the street. She told police Ronald Nichols attempted to assault her and he had a gun, police said.

She told police she had been asleep on the couch when Nichols showed up inside the house in violation of a protective order. She ran out of the house without her clothing, reports said.

She told police her children were still in the home with Nichols.

Officers attempted to call Nichols out of the home. Two children walked out but Nichols remained inside, police said.

Officers conducted a sweep of the home and located Nichols in the basement.

Officers obtained a search warrant and located cocaine on a table in the living room. They also located three handguns and two shotguns in the house, police said.

Nichols allegedly admitted to possessing the 5 firearms. He also admitted to entering the home in violation of the protective order.

Nichols was arrested and charged with one count of possession of cocaine with a firearm.