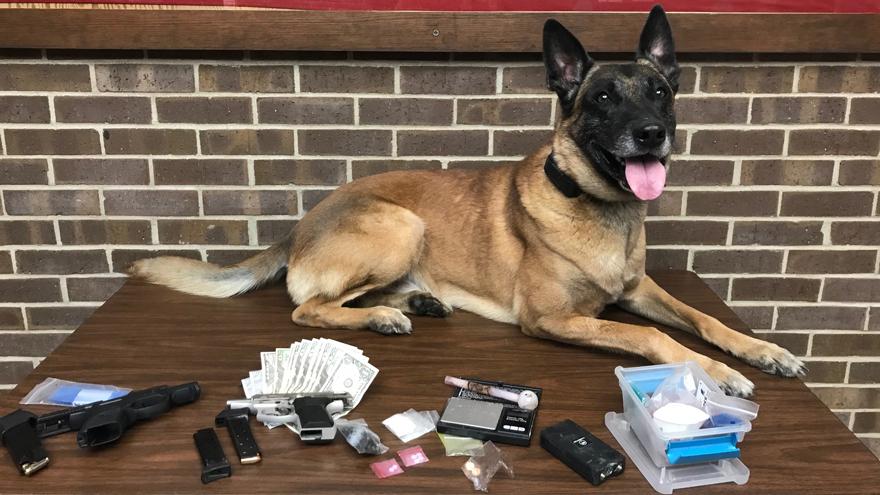 THREE RIVERS, Mich. -- A 35-year-old Mishawaka man was arrested on drug and weapons charges while allegedly driving a stolen vehicle, according to Three Rivers Police.

An officer conducted a traffic stop on a pickup truck on US131 on Saturday for equipment violations.

The officer suspected the driver was under the influence, so K9 Jake was deployed.

Jake alerted to the presence of narcotics in the vehicle.

During a search of the vehicle, police found half an ounce of crystal meth, scales, prescription narcotics packaged for sale and two loaded handguns, police said.

The pickup truck had been reported stolen out of Warsaw, police said.

The Mishawaka man was taken into custody.