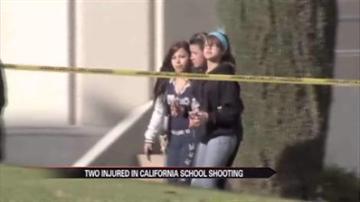 TAFT, Calif. — Police authorities said that the student who opened fired on his high school Thursday morning targeted his victims.

According to police, the alleged shooter targeted two classmates because he felt they were bullying him.

The shooting happened around 9 a.m. in a classroom.

A teacher was able to talk the student down before more damage was done.

Police took the shooter into custody shortly after they arrived.

Normally the school has an armed officer patrolling the campus. But he was not there on Thursday because of bad weather.