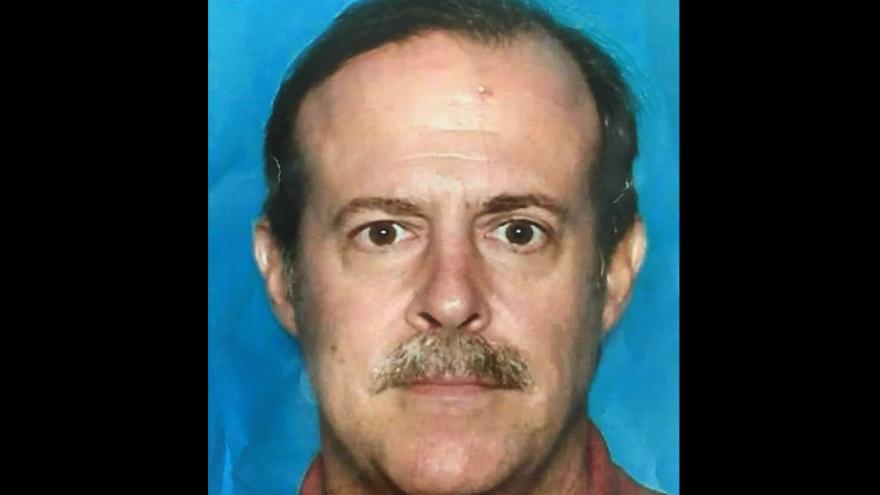 HOUSTON (AP) — A man accused of killing one of former President George H.W. Bush's doctors fatally shot himself during a confrontation with authorities in Houston on Friday morning, the city's police chief said.

Joseph James Pappas, 62, was accused of shooting Dr. Mark Hausknecht on July 20, while the cardiologist rode his bike to work at Houston Methodist Hospital. Authorities have said Pappas might have been seeking revenge for his mother, who died on the doctor's operating table more than 20 years ago, in April 1997.

Authorities on Wednesday had announced Pappas as a suspect in the death, saying he should be considered armed, dangerous and possibly suicidal.  Police found him Friday after a city worker reported seeing him.

Pappas died from a single self-inflicted shot to the head, Houston police Chief Art Acevedo told reporters a short time after Pappas' death, with his body still at the scene. Pappas was wearing a bulletproof vest during the confrontation and shot himself after a second police unit arrived, Acevedo said.

Pappas had worked in law enforcement for more than 30 years and was also a licensed real estate agent, state records show. Friday's confrontation occurred about 3 1/2 miles (5 1/2 kilometers) from his Houston home.

Hausknecht was shot in broad daylight at the Texas Medical Center, a 1,345-acre complex of hospitals and medical institutions that in the morning is busy with traffic, medical professionals heading to work, people going to medical appointments and construction workers.

Autopsy results show he was shot three times, including in the head and torso. Police have said the shots that Pappas was accused of firing as he also rode on a bike "took some skill."

Pappas also put together an extensive intelligence file on the doctor, which investigators found at his home, according to police.

Friends and family have described Hausknecht as a humble and generous man who was adored by his patients, volunteered in his community and cared about the environment.

Hausknecht was also an avid cyclist and rode his bike to work each morning, as he lived less than 2 miles from his office.

In 2000, Hausknecht treated Bush for an irregular heartbeat after the ex-president complained about lightheadedness.

No disciplinary action had ever been taken against Hausknecht, according to the Texas Medical Board.