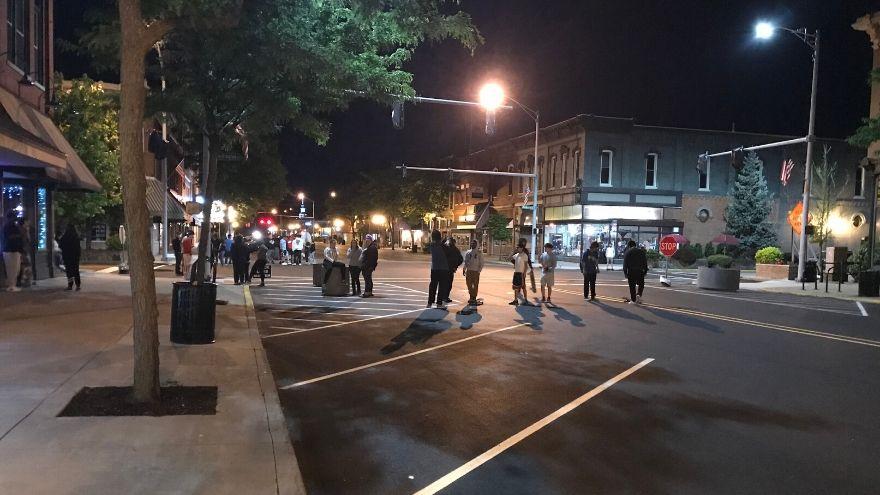 Protesters were leaving the area around 11:30 p.m. on Sunday.

GOSHEN, Ind.— Multiple law enforcement agencies responded to the scene of a large gathering in downtown Goshen on Sunday night.

S.W.A.T and police officers were called to an area near the courthouse on S. Main Street on Sunday night but crowds were seen leaving the area around 11:30 p.m.

About 500 people were gathered in downtown Goshen protesting the death of George Floyd.

According to law enforcement officials, there was reportedly an incident involving a vehicle but they did not provide any other details.