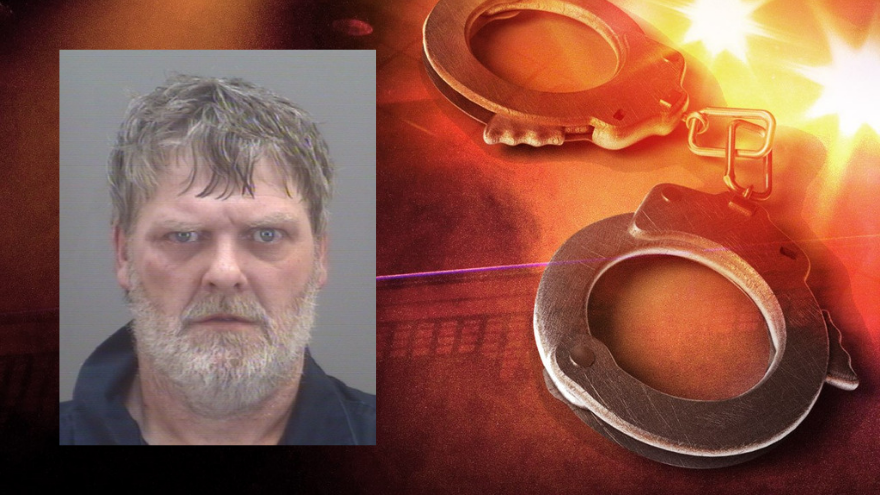 LAGRANGE COUNTY, Ind.—According to the LaGrange County Sheriff’s Office, a Taser was used on a man being arrested for driving without ever receiving a license after he became agitated and a physical altercation ensued.

At approximately 8:30 p.m., deputies with the LaGrange County Sheriff’s Office tried to conduct a traffic stop of a vehicle driven by a man later identified as 50-year-old Steven Ritchie of Stroh, Indiana.

According to police, the vehicle then turned north onto County Road 1145 E. before driving through the front yard of a house in the 3400 block of S. 1145 E. and coming to a stop in the house’s driveway.

Ritchie got out of the vehicle and became agitated towards officers, police said.

Ritchie was arrested for operating a motor vehicle without ever receiving a license during the investigation. He was taken to the LaGrange County Sheriff’s Office.

While at the jail, officers located multiple plastic bags of suspected methamphetamine and a bag of suspected marijuana in Ritchie’s personal belongings.

Police say they questioned Ritchie about the items and he became agitated and a physical altercation ensued.

Officers then used a Taser to subdue Ritchie.

An officer at the jail was treated and released from Parkview LaGrange Hospital. Ritchie refused medical treatment, according to police.

Ritchie was also charged with battery to law enforcement.