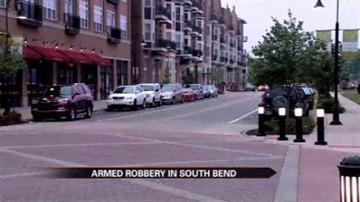 The victims, two 21-year-old women, told police they had just left Brother's Bar and Grill when a group of teenage boys approached them, pulled out a gun and demanded everything.

Police say the teens got away with a purse, a cell phone and $50, then ran away.

Police were close by and caught the teens a few minutes later.

"You need to be aware of your circumstances no matter where you are, a safe place, a well-lit environment," said Aaron Fricke. "You just never know, but you can keep on the look out and protect yourself."

Police say one of the teens took their parents' handgun in order to carry out the armed robbery.