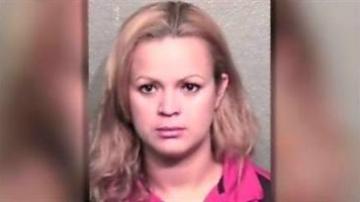 HOUSTON -- A 23-year-old in Texas is accused of viciously beating her little sister and police say it was all over a bag of Cheetos.

It's believed the woman has been raising her sister since she herself was a child. Authorities have uncovered what they said is a pattern of physical abuse.

Now many are asking whether the abuse should have been caught earlier.

The little girl in this case, is now in foster care.