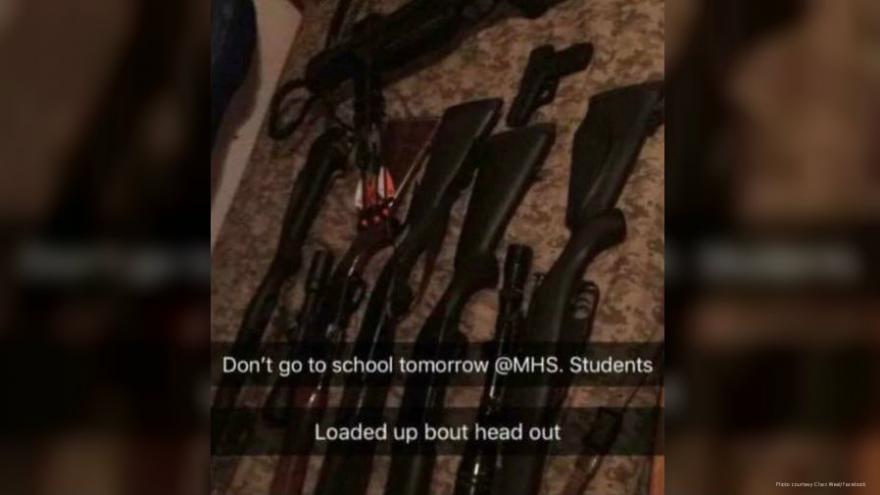 Monday, Mishawaka Police made it clear that the post was not directed to students at MHS.

The post contained a picture of multiple firearms with the caption: “Don’t go to school tomorrow @MHS students,” and “Loaded up bout to head out.”

We have been receiving information all night regarding a posting on Facebook regarding a photo of several firearms and the phrase “MHS”. This has been identified to be a hoax in Virginia and an arrest has been made. MPD will have still have extra patrols at Mishawaka HS today. — Mishawaka Police (@MishawakaPolice) January 8, 2018

Officers say there is no threat to MHS because the post was a hoax directed at students from Monticello High School in Virginia.

A juvenile was arrested in Albermarle County, VA for the act and will face charges.

MPD said there will be increased patrols at MHS Monday