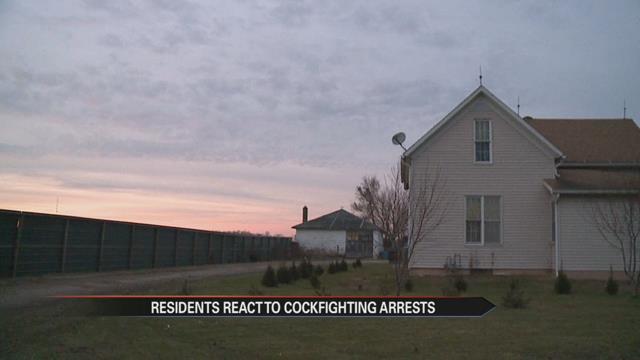 A farm house in Bremen and a home in Bristol were raided by local, state, and federal authorities after an investigation that lasted several weeks.

If convicted on the felony charge the men could be facing between 6 months to two and a half years in prison.

Police say they received an anonymous tip that gamecocks were being raised for use in cockfighting events.

Neighbors told ABC 57 that the arrest at the farm house in Bremen was not a surprise. They suspected something was going on because of the animals.

For Bremen resident Matt Hilsmier, a crime like this happening in his town is alarming. He hopes if found guilty, the men are sentenced to jail time.

“It’s ridiculous. I thought we were above all this. Why would you take the time to organize something like this? Who enjoys something like that? At the very least jail time,” said Hilsmier.

The care of the birds was turned over to the Indiana State Board of Animal Health and the American Society for the Prevention of Cruelty to Animals.