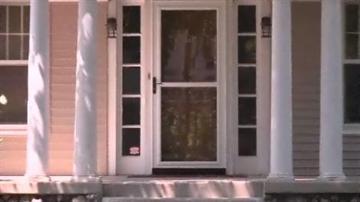 Police say the door-to-door sales people have been giving homeowners a pitch about upgrading their security system.

Police say when you tell them no, they get aggressive and won’t take no for an answer.

Larry Johnson lives on Napoleon Street. His home has a security system, but that didn’t stop peddlers from knocking on his door.

South Bend Police say the peddlers are getting aggressive, often trespassing and using intimidation to make a sale.

"It's the quintessential sort-of foot in the door sales tactics which the person comes and they're not going to take no for an answer and they're going to try as they might to get into someone’s residence and have a word with them- attempt to make the sale,” said Captain Phil Trent of the South Bend Police Department.

It happened to Johnson and he didn't appreciate it.

"It shouldn't be tolerated at all. If somebody's going to come to my door I'm not just going to let them arbitrarily walk around my house because they say,” said Johnson.

But if they do, police want to know about it.

"Some of these things could reach the elements that it would be a criminal violation and we want to hear about that,” said Trent.

Police will relay the complaints back to the city legal department and they can revoke a peddler's license.

But you don't have to hide every time the door bell rings. Not all peddlers are bad.

Johnson says ask for credentials and never let them inside.

What if they still don’t listen?

"Close the door on them! If they continue to persist and you ask them to leave- call downtown to the police department and notify them of what's going on,” said Johnson.