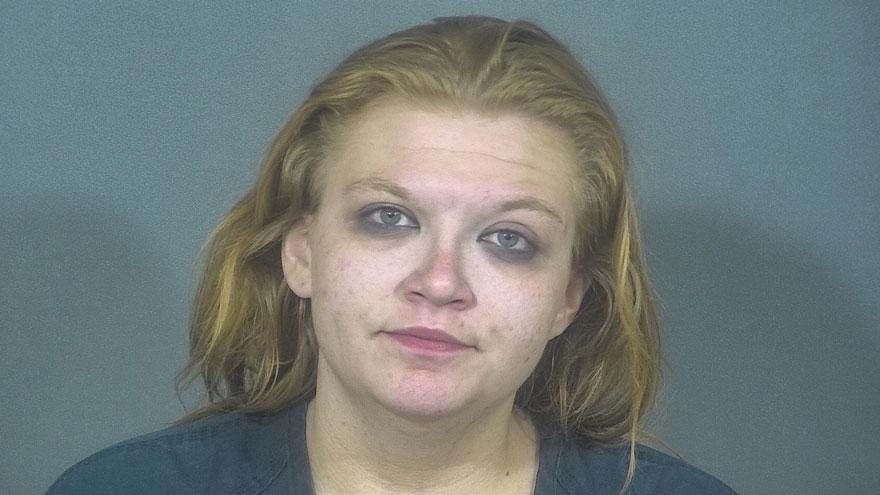 MISHAWAKA, Ind. -- A woman was arrested after driving a stolen vehicle to Meijer and stealing merchandise from the store after having left a second stolen vehicle in the parking lot, according to court records.

On June 28, a pizza delivery driver reported the theft of her Honda Accord from the 900 block of Roosevelt Street.

The victim said she arrived to the area and got out of her car to attempt to deliver the pizzas. She reported a woman who was hiding, got into her car and drove off in it, according to court records.

On July 18, a man told police he left his Chevy truck running outside Panera Bread when he stopped to get something to eat. When he came out of the restaurant, the truck was gone, reports said.

On July 22, Mishawaka Police found the stolen Honda Accord in the parking lot of the Meijer.

Representatives with Meijer checked the video surveillance and police say Megan Fisette drove the Honda to the parking lot and left it, according to the probable cause affidavit.

A short time later, Fisette drove a Chevy truck to the parking lot and went into the store, reports said.

Police said Fisette selected merchandise and paid for some of the items, but not all of them, according to the probable cause affidavit.

She was stopped after leaving the store, but ran, reports said.

She was eventually taken into custody.

Officers learned the Chevy truck she was driving had been stolen on July 18, reports said.

When investigators spoke with Fisette, she allegedly admitted to driving the vehicles and said she knew they were stolen.

She also admitted to stealing items from Meijer, according to the probable cause affidavit.

Fisette also admitted there was methamphetamine, heroin, a syringe and a stolen handgun in the truck, according to reports.

After obtaining a search warrant, officers located syringes, a baggy with a substance that field tested positive for methamphetamine in the truck, according to the probable cause affidavit.

They did not locate a stolen handgun or heroin, reports said.

Officers say they also found credit cards and identification belonging to other people in Fisette's possession. Those cases are under investigation.

Fisette has been charged with two counts of auto theft, theft, unlawful possession of a syringe, resisting law enforcement.

She is due in court on August 2.