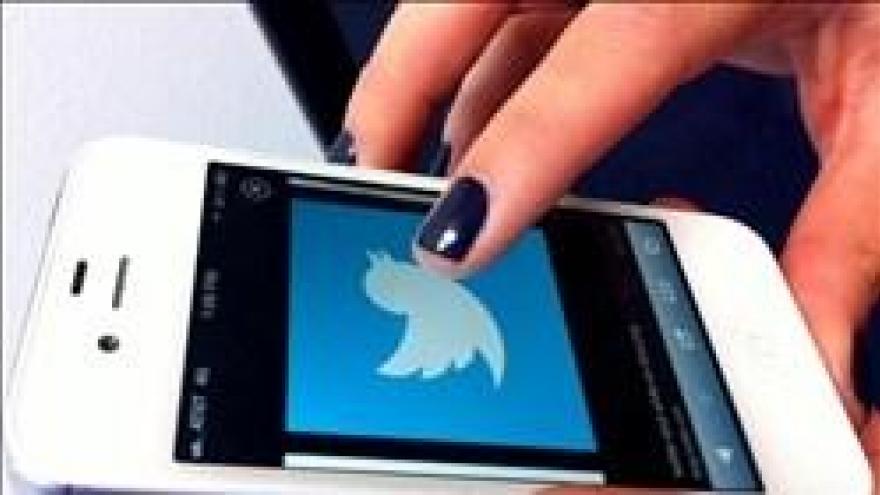 (CNN) -- Twitter was a playground for politicians long before Donald Trump came around and made it his campaign's primary means of communication to the outside world.

For a decade now, elected officials, candidates and sometimes their staff members have been tweeting dumb, offensive and embarrassing things -- then quickly erasing them.

Often, though, that delete button is too far off. Followers can capture the image of a tweet on their computers or mobile devices or, when that fails, turn to the on-again services of Politwoops, a website dedicated solely to saving those posts for all to see.

On the 10th anniversary of the first tweet, here are 10 of the most memorable political foul-ups.

1) Rick Perry and the 'most drunk Democrat in Texas'

Then-Texas Gov. Rick Perry in 2014 shared a meme showing a red-nosed Travis County District Attorney Rosemary Lehmberg surrounded by beer bottles, and the words: "I don't always drive drunk at 3x the legal blood alcohol limit... ...but when I do, I indict Gov. Perry for calling me out about it. I am the most drunk Democrat in Texas."

Lehmberg was at the center of a case, since dropped, that accused Perry of abusing his power when he threatened to veto funds to the public integrity unit she headed despite being charged with drunk driving.

Perry deleted his tweet about an hour after it went out, saying in a subsequent post that it had been "unauthorized."

The beginning of the end of the New York Democrat's career in Congress came in late May 2011, when Weiner accidentally tweeted a very personal, NSFW image of himself to a Twitter friend.

At first, Weiner said he'd been hacked, writing, "Tivo shot. FB hacked. Is my blender gonna attack me next? #TheToasterIsVeryLoyal"

But Weiner soon conceded that there had been no hack and that he had been sexting with a number of women. In mid-June, he resigned.

In 2014, Cruz tweeted a picture of himself beside his Senate colleague from Utah, Mike Lee, and what appeared to be a tiger skin rug.

"Did a little shopping for the office with @SenMikeLee in Houston today," the Texas senator wrote at the time.

On small problem: Tigers are an endangered species. In the midst of significant backlash on social media and from animal rights groups, Cruz's team removed the tweet.

4) The return of Bowe Bergdahl

On May 31, 2014, Army Sgt. Bowe Bergdahl was released after five years as a prisoner of the Taliban. Democrats and Republicans reacted to news of the swap with almost uniform glee.

"A grateful American thanks you for your service," Mississippi GOP Sen. Thad Cochran tweeted. Rep. Stephen Lynch, a Massachusetts Democrat, wrote, "Great to hear that Bo Bergdahl has been released from captivity in Afgh/Pak."

But the excitement soon disappeared -- as were the tweets, which along with others from prominent officials like Iowa GOP Senate candidate Joni Ernst (who won), were deleted as the circumstances surrounding Bergdahl's capture came into question.

In 2010, as plans to build a mosque near Ground Zero in New York City became a national controversy, former Alaska Gov. Sarah Palin chimed in with a plea to "peaceful Muslims."

"Ground Zero Mosque supporters," she tweeted, "doesn't it stab you in the heart, as it does ours throughout the heartland? Peaceful Muslims, pls refudiate."

Though Palin would keep up her opposition to the mosque, she took down that particular tweet, opting instead to ask New Yorkers to "pls refute the Ground Zero mosque plan."

Later, though, she defended her initial refute-repudiate hybrid, tweeting: "'Refudiate,' 'misunderestimate,' 'wee-wee'd up.' English is a living language. Shakespeare liked to coin new words too. Got to celebrate it!"

6) Keith Ellison (or one of his staffers) loves Benihana

In August 2014 a staffer for Minnesota Rep. Keith Ellison's took the fall for this retweet of a another user's cheeky, if inappropriate homage to Benihana.

"The tweet deleted from @keithellison last night was my mistake," spokesman Isaiah Breen wrote the next day, defiantly adding: "For the record, I love Benihana."

7) The NRSC takes on a war veteran

It's not only politicians tweeting regrettable pictures and comments. Whole organizations dedicated to their election have made similar errors.

Earlier this month, the National Republican Senatorial Committee deleted a post accusing Illinois Rep. Tammy Duckworth, who lost both legs while on duty in Iraq, of "not standing up for our veterans."

Duckworth won the Democratic Party's primary last week and will take on Republican Sen. Mark Kirk in the fall.

8) The Arizona lawmaker and the school bus

"Bus coming in. This is not compassion. This is the abrogation of the rule of law," tweeted now former Arizona state legislator Adam Kwasman in July 2014. He included a picture.

"I was actually able to see some of the children in the buses," he told KPNX.

There was, however, one very significant problem with Kwasman's analysis: The kids on the bus, a yellow one, were campers headed to a local YMCA and not child migrants.

He deleted the tweet. And lost his GOP congressional primary bid.

Idaho Rep. Raúl R. Labrador's February 2013 response to a promo for the CBS sitcom "2 Broke Girls" lasted only 14 seconds. But it was a doozy.

"Me likey Broke Girls," he tweeted as, according to a Politwoops timeline, a clip of the two stars, a stripper pole and a cherry appeared on national television.

Labrador's office told Politwoops the tweet was sent as a result of a "staff error."

In 2014, Delaware Gov. Jack Markell's account tweeted this fairly anodyne bit of text: "At Warner E.S. in #WilmDE to announce new initiative to support many of #netDE's most disadvantaged students," it said.

The tweet would have likely passed without notice, had there not been a push to click on "PHOTO" of the event at the end.

And that "PHOTO" not been of a model in "bondage" gear.

"An inappropriate photo was inadvertantly (sic) sent out earlier," the Democrat's office wrote later. "We are looking into how this occurred but apologize to anyone who was offended."