Poll: Majority not in favor of Michigan Proposal 1 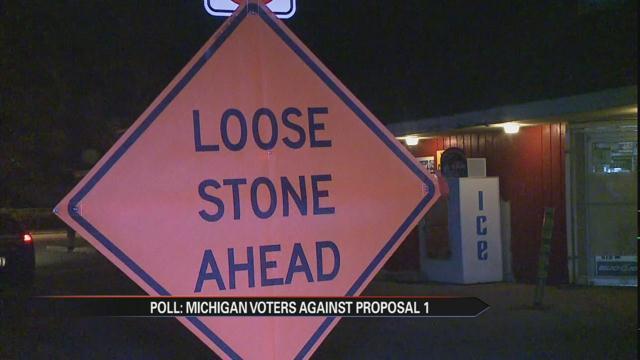 As Michigan Governor Rick Snyder tours the state trying to sell his Michigan roads proposal, a new poll shows he may be fighting an uphill battle with public opinion.

It's called Proposal 1, set to be up for vote in less than a week. The measure would raise Michigan state sales tax by 1 percent and change the state fuel tax system.

Snyder says that will help raise one billion dollars annually to fix state roads and bridges.

According to the EPIC-MRA poll, 60 percent of the 600 voters surveyed are giving it the thumbs down.

Of that 60 percent saying no, more than half say it is because the proposal calls for too much in tax hikes. Some lawmakers have expressed similar complaints, fearing the tax hike could hurt middle class families.

According to the poll, only 29 percent say they would support it if the election were held today.