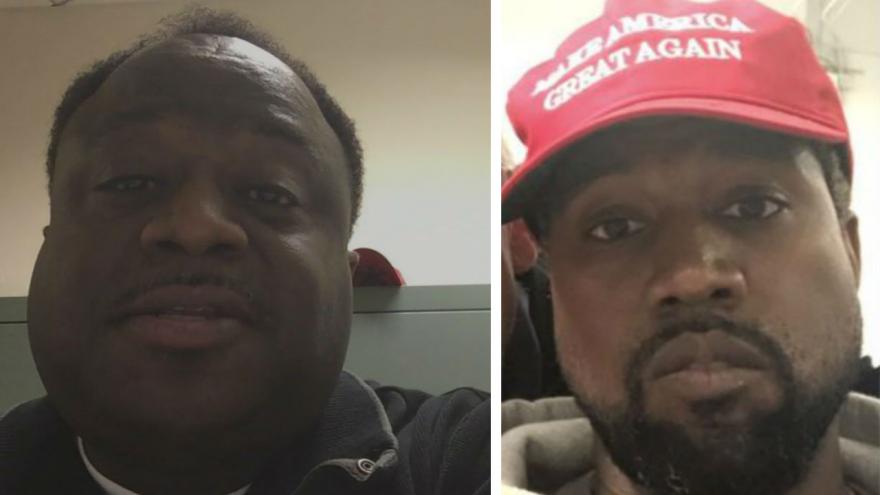 Among the artist’s recent stream of tweets were endorsements for President Donald Trump and other conservative voices in media.

These comments didn’t sit well with quite a few of his followers on the platform as many of them pointed to his 2005 appearance on NBCUniversal’s "A Concert For Hurricane Relief" telethon, where he said sitting President George W. Bush did not care about Black people.

Abdul Hakim-Shabazz, a political commentator in Indianapolis and the moderator for the fourth and final Indiana Republican U.S. Senate debate said he never subscribed to the mindset that artists should stay away from talking about politics. And no matter where you stand on his comments then and now, he has a right to free speech.

“There’s probably something your favorite artist is going to have a position on that you will not agree with,” said Shabazz. “If we’re going to start basically disavowing people because of their politics, we might as well turn off every electronic device we have right now.”

I love when people have their own ideas. You don't have to be allowed anymore. Just be.

Love who you want to love. That's free thought. I'm not even political. I'm not a democrat or a republican

Wednesday, a tweet from West addressed the backlash he was getting about his seemingly conservative-leaning support.

In the tweet, he suggested that he does not align with Democrats or Republicans and others shouldn’t either.

Watch Shabazz weigh in on groupthink in politics: