Pope Francis scheduled to visit the US in 2015 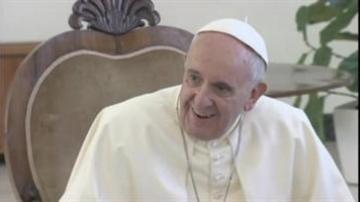 SOUTH BEND, Ind. -- Local Catholics are excited to learn Pope Francis will be coming to the United States in September 2015. The last time a pope visited the US was 2008.

"I would love to meet him. I have a lot of friends that have been to the Vatican, been blessed by him. I would love an opportunity to see him in person," said Wilie Brasel.

The Catholic News Service confirms that Pope Francis will be attending the World Meeting of Families in Philadelphia next September.

It will be his first trip to the United States as pope.

"It's very exciting. It's a great honor for us. And Pope Francis is quite an interesting person. His style is a little different from his predecessors so we we'll see what happens," said Michael Heintz, pastor of St. Matthew Cathedral.

"Very excited. We are so privileged to have him come. He is one of the greatest popes. So kind," said Pat Brasel.

"The things he's done at the Vatican and back home in Buenos Aires, I believe he's a great fit. And from what he's doing, bringing it outside the box and bringing it to the US it's going to be a great thing," said Wilie Brasel.

There are also reports the pope could make stops in New York and Washington.