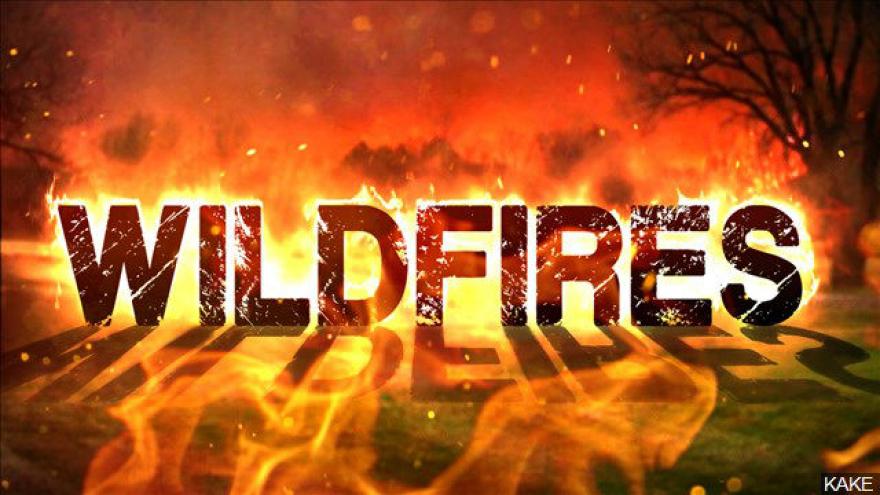 In Portugal, victims of a violent wildfire were caught in the blaze as they tried to flee, some fatally trapped inside their cars. Photo courtesy KAKE

By Julia Jones and Nicole Chavez

(CNN) -- A raging wildfire killed 39 people in Portugal, with some victims burned to death in their cars as they tried to flee, officials said.

Portugal officials described it as the "greatest wildfire tragedy of recent years." The blaze spread Saturday onto Pedrogao Grande town, forcing residents to try and leave the town to escape towering flames.

"Many cars could not get out and people burned to death inside their cars," Interior Minister Jorge Gomes told CNN affiliate TVI.

Some of the victims died from smoke inhalation inside the town while others died trapped in their cars.

The municipality's president, Valdemar Alves, said there were areas "completely surrounded" by the blaze and not enough firefighters to battle the flames.

"The violence of this fire was such that I am certain many people have died," Alves told TVI. "I am shocked with this death toll."

Authorities said the number of victims may rise as firefighters inspect the villages affected.

Portugal's president, Marcelo Rebelo de Sousa, offered a word of comfort to those still battling the fires and said that "all that could be done was done."

British government has issued a travel warning for its citizens warning them of the fires in Portugal and urging them to be careful while visiting or driving through woodland areas.

"Around 2.6 million British nationals visited Portugal in 2015. Most visits are trouble-free," the British Foreign and Commonwealth office said in a statement.

Last year, thousands of firefighters battled at at least 12 huge fires across the country.

Three people were killed and over 1,000 evacuated in the Portuguese island of Madeira due to the fierce wildfires a year ago.

Pedrogao Grande is about 120 miles north of Lisbon.