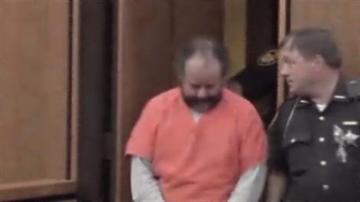 CLEVELAND -- A plea deal may be in the works for an Ohio man accused of holding three women captive for a decade.

Ariel Castro was back in a Cleveland court Wednesday. His defense attorney says that deal would depend on whether the death penalty is on the table.

Ariel Castro has pleaded not guilty to 329 charges including multiple counts of aggravated murder, rape and kidnapping.