Bitter cold air has settled over the area, keeping daytime highs in the teens. Record coldest highs could be set today and tomorrow and breezy winds will make it feel even colder. Light lake effect snow is possible in Berrien and Cass counties today. A quick system will pass through tomorrow morning a few light lake effect showers to follow. An inch of less is possible for most. Sunshine comes our way midweek with temperatures warming into the weekend!

Tracking a few more systems to pass through Thursday evening into the weekend on ABC 57 News. 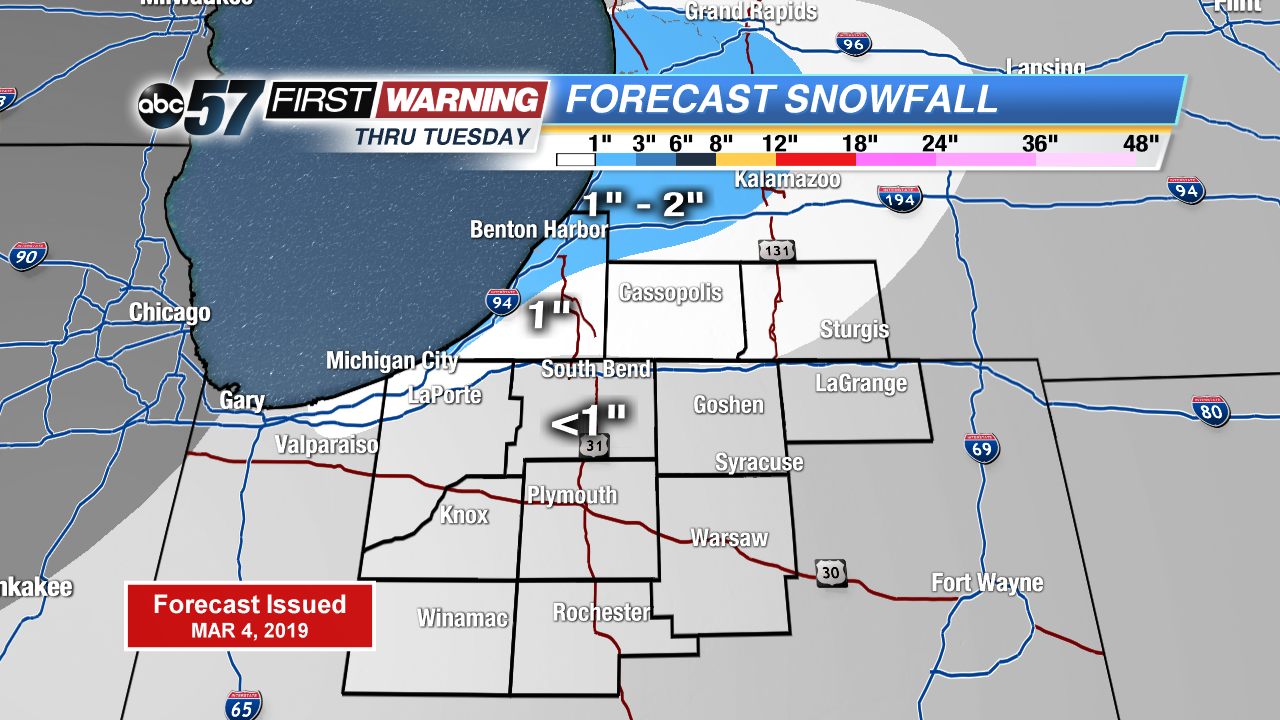