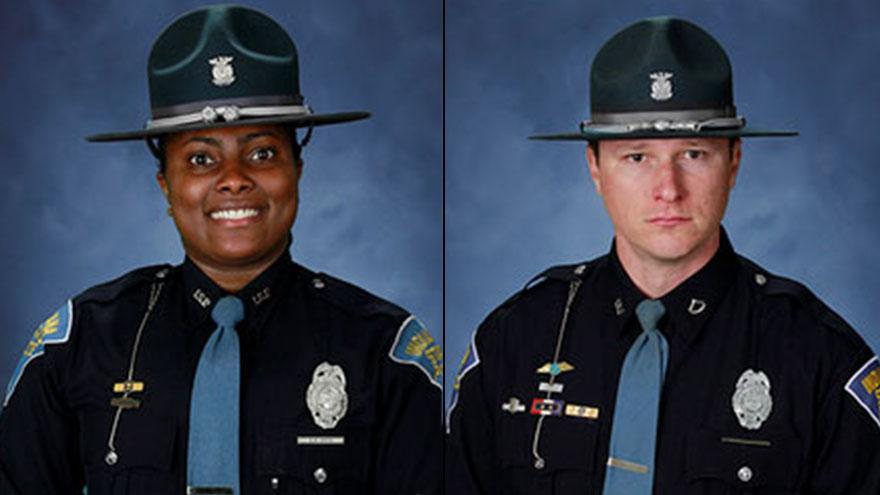 INDIANAPOLIS, Ind. -- A postal worker and two Indiana State Police troopers are credited with saving the life of an elderly Indianapolis resident.

On September 20, postal carrier Glenn Bass was delivering his mail when he realized an elderly resident had not gotten the mail out of his mailbox or taken his packages inside for several days.

Concerned about the resident's well-being, Bass contacted Trooper Aryaun Smith, who lives a few houses away.

Trooper Smith attempted to make contact with the resident by knocking on the door, looking through the windows and called out for him, but there was no response.

Trooper Smith noticed a glass in one of the garage doors had been recently broken. She contacted Sergeant Josh Watson for assistance.

When Sergeant Watson arrived, he and Trooper Smith again tried to make verbal contact with the resident, but could not hear anyone.

A neighbor told them an elderly man lived in the home alone.

The officers decided there were exigent circumstances and forced their way into the home.

Once inside they heard muffled sounds coming from the back bedroom.

Inside the room, they found the resident disoriented and barely conscious. He had fallen and severely injured himself and appeared to have been lying there for several days.

The fire department was called for medical aid and he was transported to the hospital.

In release, the Indiana State Police wrote, "Had it not been for the diligent act of compassion and concern by Mr. Glenn as well as Trooper Smith and Sgt. Watson's excellent role as true servants in their community, this elderly man likely would not have been found until it was too late. Both Trooper Smith and Sgt. Watson have been nominated by their supervisors for life saving awards."