Potawatomi Zoo may soon be under new ownership 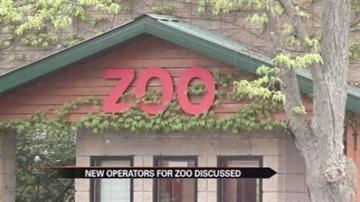 SOUTH BEND, Ind. --  The century old Potawatomi Zoo could be switching owners. A non profit organization is looking to take it over.

Monday night, the Zoological Society laid out their proposal to take over the zoo,  and the conversation kept making its way back to employment.

George Horn, past president of the Zoological Society tried to reassure everyone, "We do not anticipate any job cuts, we anticipate we will have to hire a few more."

Members of the non profit  say for the past ten years, the zoo has been plagued with a lack of leadership and financial instability. Now they say the zoo is on the verge of losing its accreditation and up to 80-percent of its animals.

They believe the only way to save it is for the city to hand it over and enter into a public/private partnership with them.

The Zoological Society says not only will the zoo see improvements and new exhibits, but the city will save millions of dollars in the long run.

But some are concerned that handing the reins over to a non-profit could be dangerous.

Council members say that the decision will ultimately be made by the Mayor.