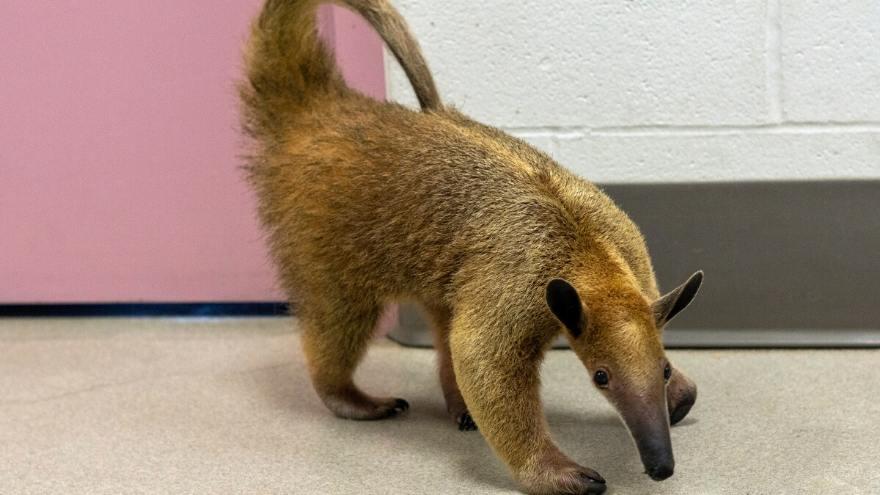 Photo of Olive courtesy of the Potawatomi Zoo

Olive will be an ambassador animal who will make appearances at Education Department programs, Wildlife Encounters and keep talks at the zoo.

Because of her designation, Olive will not be in a publicly visible habitat.

Tamanduas are a species of small, semi-arboreal anteater, the zoo said, however they’re much smaller than anteaters. Olive weighs about eight pounds.