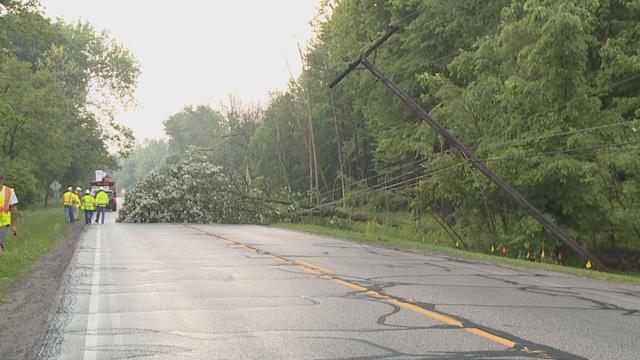 A tree fell and took down power and phone lines on Johnson Road in LaPorte around 7 p.m. Monday.

According to the power outage website for NIPSCO, 18 customers in La Porte were affected by power outages.

Johnson Road was blocked off while crews repaired the damage.

Neighbors say their yards were drenched with water and they think it was the heavy water flow and winds that knocked the tree down.

Sharon Swanson has lived on Johnson Road for 40 years and says she's never seen anything like it.