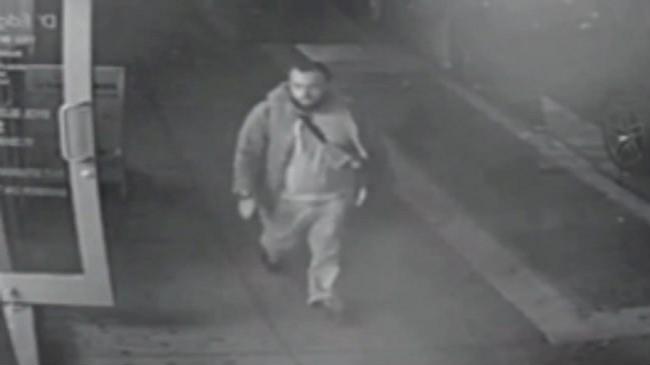 (CNN) -- The explosive ingredients in the devices placed in New York's Chelsea neighborhood, one of which exploded, were potent and had the potential to produce an explosion significantly more powerful than the devices used in the 2013 Boston bombings, a leading explosive expert tells CNN.

Sidney Alford, founder of Alford Technologies, a British company specializing in explosives, told CNN that the correct preparation of these components would likely have resulted in a significantly more powerful bomb, pound for pound, than the devices in Boston.

Both the Boston and New York devices involved pressure cookers and shrapnel, but the Boston devices contained black powder extracted from fireworks, a much weaker form of explosive. The pipe bomb device set off in a trash can along the route of a U.S. Marines charity race in New Jersey on Saturday morning also included black powder, and thus would have been also significantly less potent than the Chelsea devices, according to Alford.

Authorities believe Rahami was linked to that device, and to the backpack left near a train station in Elizabeth, New Jersey. Authorities have not yet revealed what was inside the devices recovered in that backpack.

Put simply, the Chelsea bombs contained high explosive while the Boston devices did not.

This is where the science comes in. Alford explains that high explosive is a term used for explosive that produces what bomb chemists call "detonation."

"This is where the decomposition takes place in the very short time that it takes a shock-wave to pass through the explosive, generating a mass of hot gas that expands at a velocity greatly exceeding the speed of sound," he said.

The Boston devices and the New Jersey pipe bomb did not explode at anything near this velocity because they did not contain high explosive.

Alford said that if the Chelsea bomb "detonated" it would likely have blown the pressure cooker into many very small fragments, which would have acted as shrapnel and penetrated victims' bodies. If the bomber had not got the recipe right then it is possible the device did not achieve "detonation."

Alford said a tell-tale sign of an explosion short of detonation would be if the pressure cookers had exploded only into larger pieces. Investigators have not yet revealed the size of the fragments they recovered, but the bomb that went off in Chelsea propelled a heavy duty metal dumpster across a whole Manhattan street and created apparent pock marks on nearby buildings suggesting a powerful explosion. It injured 29 people.

It is possible the dumpster absorbed some of the force of the blast, preventing a much higher casualty count.

As law enforcement cordoned off the area, investigators found an unexploded pressure cooker four blocks away.

The combination of aluminium powder and ammonium nitrate produces an explosive substance similar in composition to Tannerite, a patented substance used on some shooting ranges in the United States to create spectacular explosions when a target is hit by a bullet.

Rifle bullets produce enough energy to detonate the explosive mixture. But in the Chelsea pressure cooker devices, a small amount of HMTD could have been used to set off a "main charge" of aluminium powder-ammoniun nitrate mixture, according to Alford.

HMTD has been used to build detonators in multiple al Qaeda plots against the West. A case in point was the July 7, 2005, London bombings. The British al Qaeda operatives who plotted to explode 10 transatlantic passenger aircraft in 2006 also planned to build detonators containing HMTD, according to court records.

HMTD has many similarities to TATP, another high explosive used by terrorist groups in plots against the West.

The chemicals necessary to make both of them can be easily purchased in the United States and instructions for how to make them can easily be found online. HMTD was used by militaries in the years after World War I, but was subsequently abandoned in favor of more stable compounds.

Once dry, the reactiveness of HMTD and TATP means there is a risk of accidental detonation if they are jostled or exposed to high temperatures.

The use of HMTD in the Chelsea devices may point to overseas training. It is tricky to make for individuals without a chemistry background and is difficult to perfect without experimentation. There have been very few Islamist terrorist plots in the West since 9/11 in which plotters have managed to make HMTD or TATP without overseas training.

One of the few exceptions was Andrew Ibrahim, a British self-radicalized extremist arrested in 2008 who made HMTD to insert inside a suicide bomb vest without ever apparently getting training overseas. According to Alford, it is possible to make HMTD just by downloading instructions from the internet, so it does not necessarily indicate overseas training.

Investigators are probing lengthy stays by Rahami in Afghanistan and Pakistan between 2011 and 2014. His travel pattern has similarities to that of Times Square bomber Faisal Shazad, an American recruited by the Pakistani Taliban, who trained him in explosives in the tribal ares of Pakistan. Shahzad, who like Rahami was not on the radar screen of U.S. counterterrorism agencies, attempted to set off a car bomb in Times Square in May 2010 half a year after receiving training.

One key question is did Rahami received bomb-making training from a militant group while he was overseas?