It takes the right environment for a MCS to form and stay together, but when it does, the system has the potential to create serious damage across multiple states. 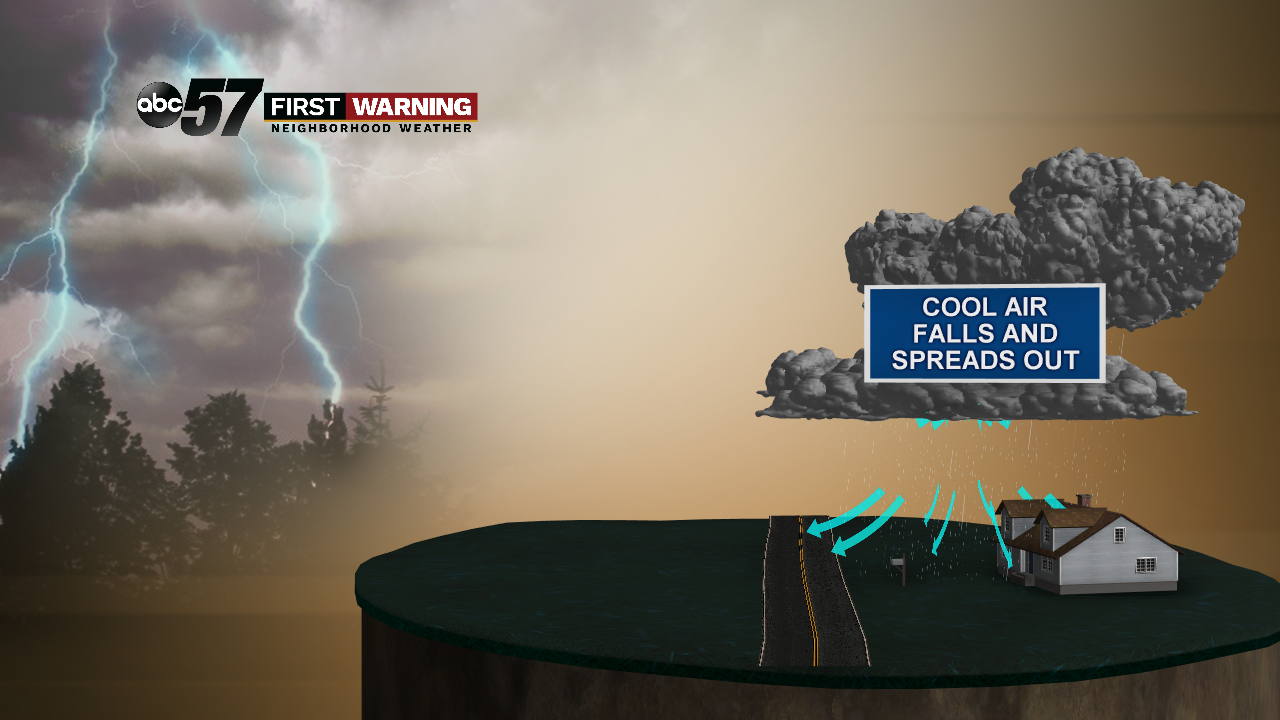 The process starts off as a single storm or a cluster of storms. These are just ordinary storms, dumping heavy rain, maybe some hail, and lightning. Now, the air that accompanies the falling rain is called the downdraft. It's cooler and more dense than the surrounding air outside the thunderstorm. 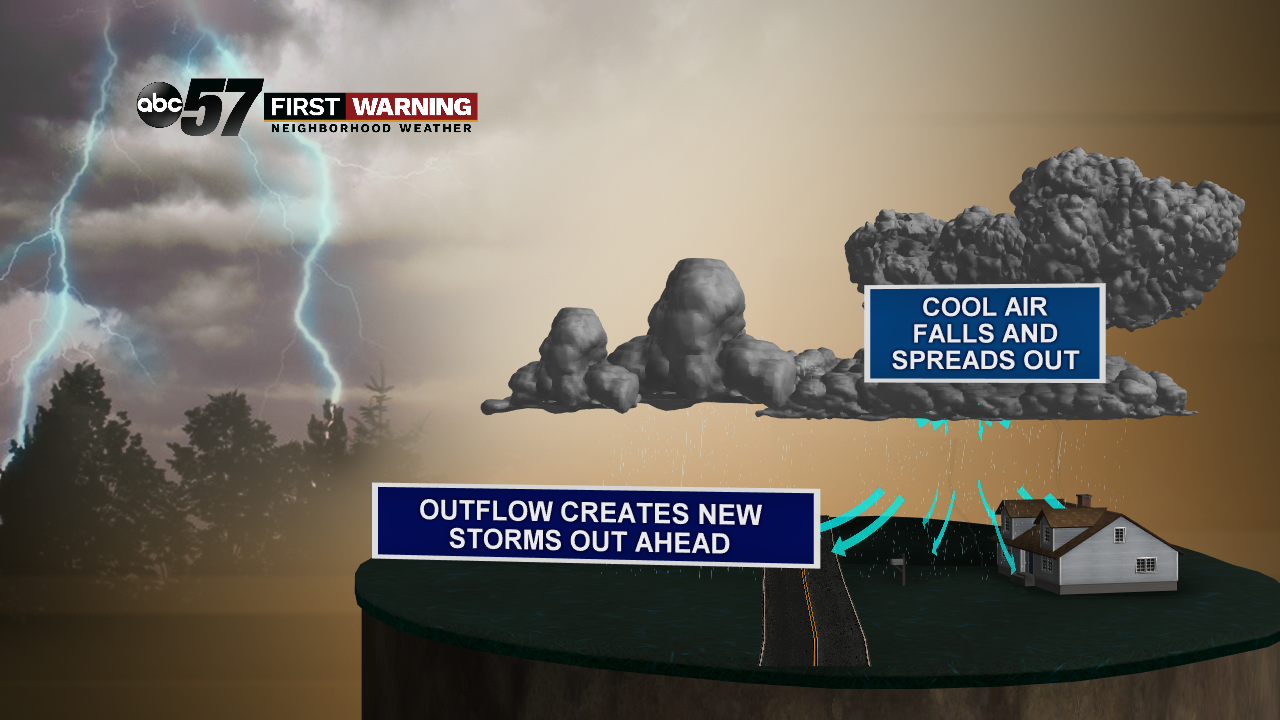 That downdraft, or outflow, acts as a mini cold front driving warmer air at the surface next to the storm up into the sky, creating new storms out ahead of the original. Those new storms continue to grow, dumping more heavy rain, lightning, hail, strong wind, and creating a new, cool downdraft, making the cycle start over again. 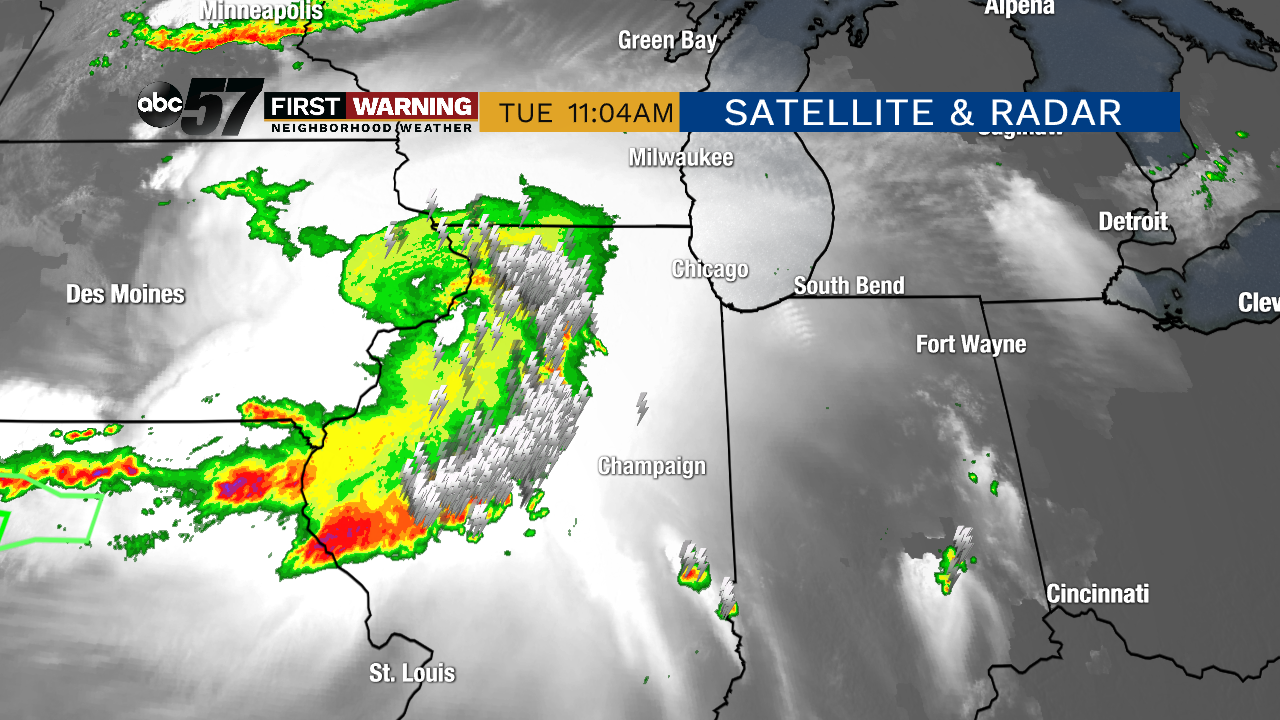 Radar picture of MCS as of Tuesday at 11 AM. 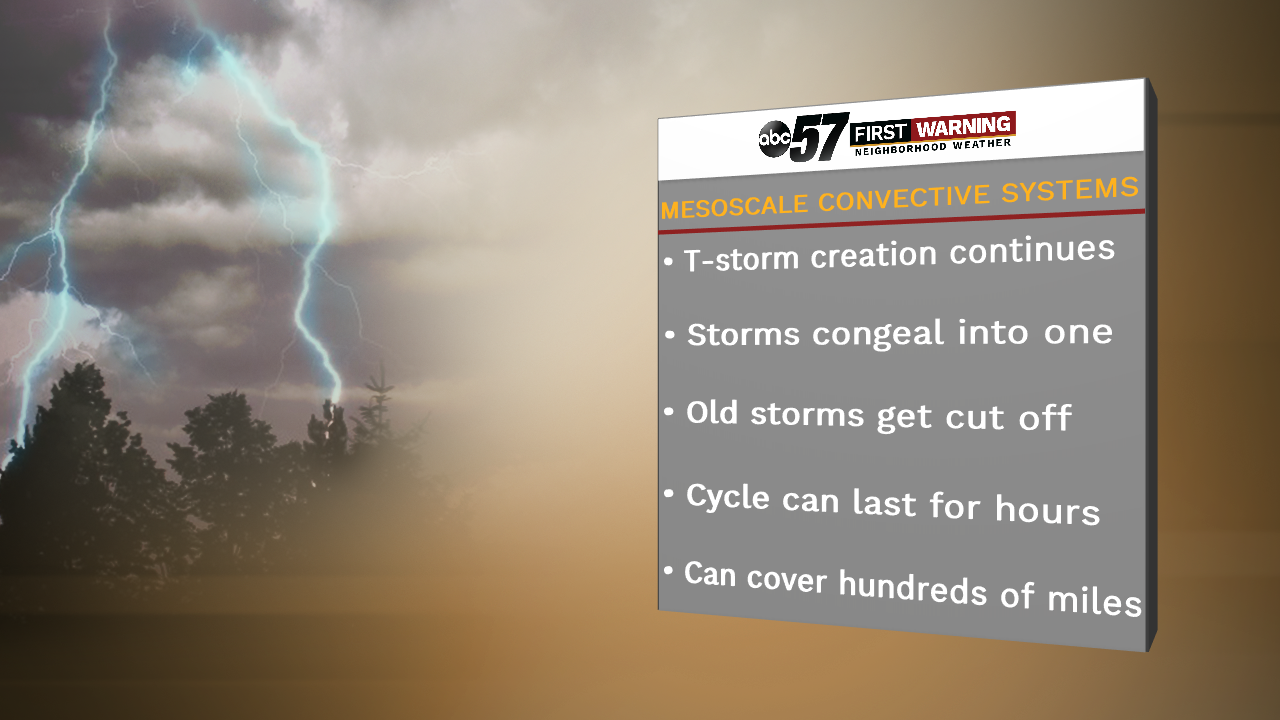 This cycle allows the storms to become bigger and bigger and eventually mesh together into a giant blob, essentially. And it keeps the MCS going for multiple hours, covering multiple states. Now, leading edge of the MCS is where you find the strongest of the storms. The older storms found on the west side lose the energy to keep themselves going, so they typically rain themselves out. Eventually, the MCS will run into a drier or more stable environment and will slowly collapse entirely, just like yesterday.

And luckily, we did not see any of the damaging effects of the MCS in Michiana. The storm system lost a good amount of steam and energy as it continued to push southeast into a little more stable environment over Kentucky, Tennessee, and Ohio. 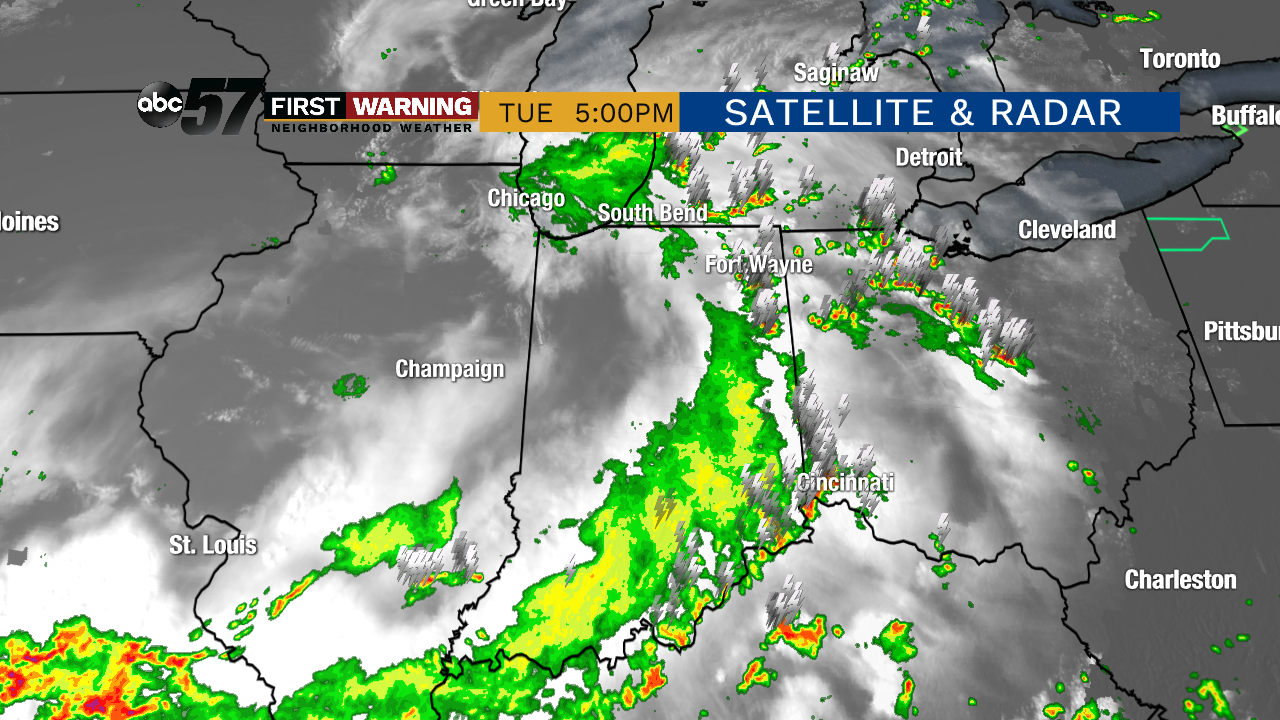 Radar picture as of Tuesday at 5 PM. 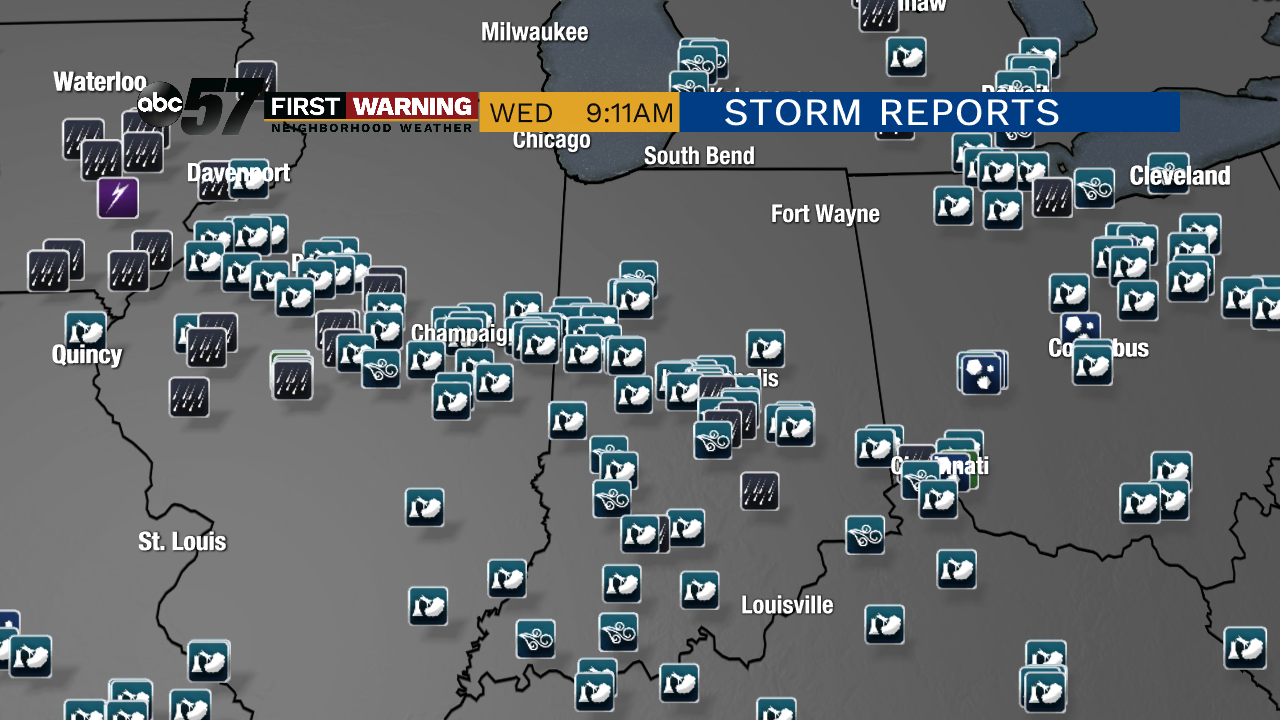 In fact, we had no damaging wind or broken tree limbs reports, just ordinary thunderstorms and some downpours at the most. The majority of the storm reports was placed across Iowa, Illinois, Indiana, Kentucky, and Tennessee.