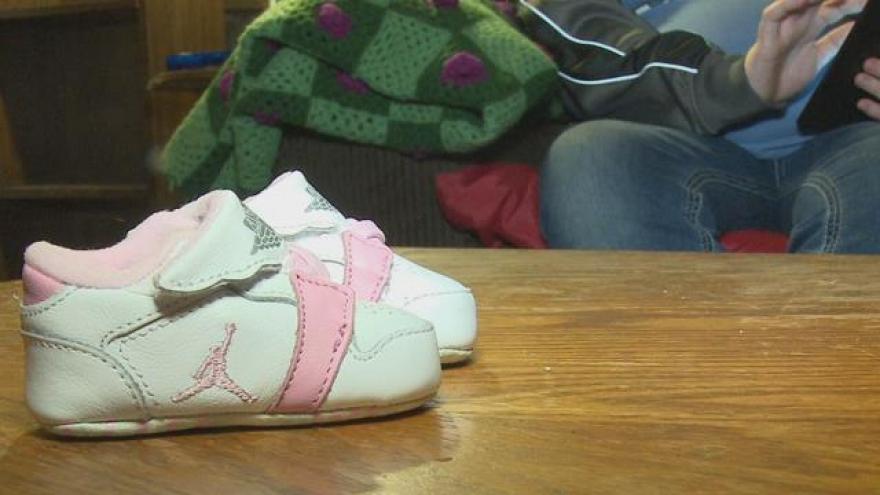 The Starke County Sheriff’s Department released the name of the victim killed in Tuesday night’s stabbing, Bradley White. He leaves behind a pregnant fiancé, who spoke only with ABC 57’s Jess Arnold.

A brutal stabbing in Starke County means a baby will grow up without a father.

“My mind spiraled. I told the doctor that you know he was lying. It was too unreal. It’s still unreal,” said Keanna Knight, the stabbing victim’s fiancé.

“I think we were just in the wrong place at the wrong time,” said Knight.

She says a normally soft-spoken Matthew Schutz just snapped during an argument.

“He took something from me and Brad’s family and our daughter that can never be given back. Our baby, she’s never going to know him,” said Knight.

Keanna is due to deliver her baby girl, Breanna Sue, in just three weeks. Brad picked out the name.

“I will tell her how he would talk to her in my belly, and how he couldn’t wait to meet her, and he wanted to make sure she’d come home in Jordans, so we do have pink and white booties for her,” said his fiancé.

“The moment I knew I loved him, he had been in a car accident right after we had gotten together, and I almost lost him then, so in that moment, I knew that I didn’t want to be without him,” she said.

Sadly, she, and her soon-to-be three kids, now have to face life without him.

“He loved them just like his own. He would do anything for them,” said Keanna.

“I mean, we had our ups and downs, just like anybody else does, but I would give anything in the world to have him back,” she said.

Baby Breanna Sue is due on February 9.