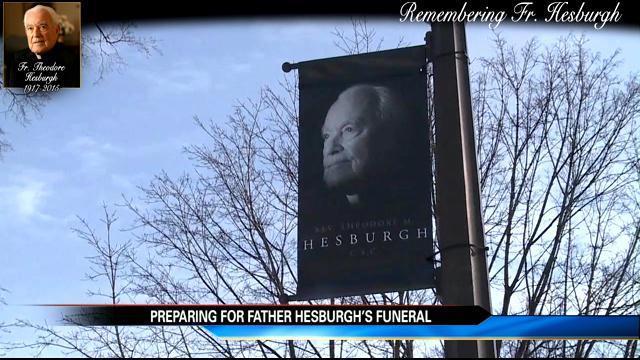 A lot of work goes into preparing for the death of a man who had such a huge influence on the University of Notre Dame. School officials say the events honoring Rev. Theodore M. Hesburgh C.S.C. will be huge.

Former President Jimmy Carter and former Secretary of State Condoleezza Rice are two of the esteemed speakers due to be there.

The school says they have all hands on deck to make everything go smoothly.

“Just about every element of the university has been called into service,” says Dennis Brown, Assistant Vice President of Communications for Notre Dame.

Brown says although Father Hesburgh's passing is sad, his legacy is far from that.

“He's an iconic figure here at the University but really in the nation and in the world,” says Brown.

They have to have every detail worked out for the services on Tuesday and Wednesday.

“I think it's more about celebrating that life than mourning it,” says Brown.

Here is a list of the schedule of events for Father Hesburgh's services.