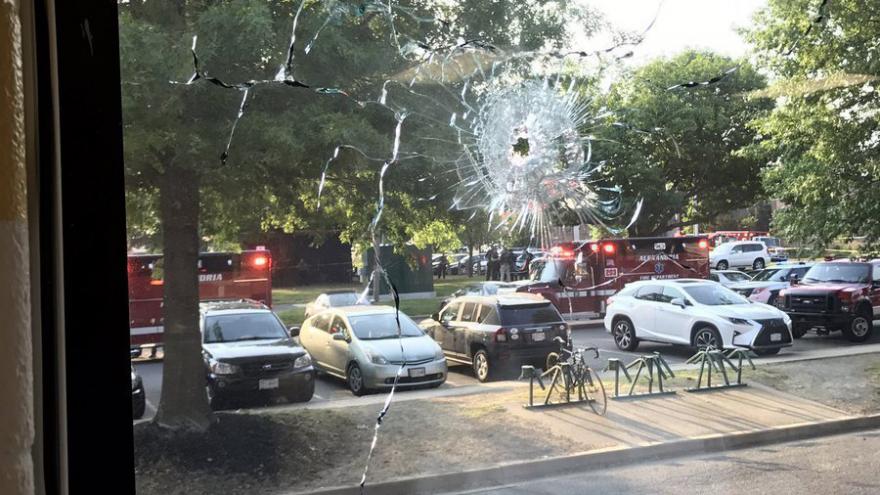 President Trump, along with many representatives, reacted to the shooting at a Congressional baseball practice Wednesday morning in Alexandria, Va.

The following people took to Twitter to speak out after the shooting:

President Trump: "Rep. Steve Scalise of Louisiana, a true friend and patriot, was badly injured but will fully recover. Our thoughts and prayers are with him."

Vice President Pence: "Karen & I are praying for @SteveScalise, the Capitol Police, & all hurt for a speedy recovery. Our hearts are with them & their loved ones."

Senator Joe Donnelly: "I am shocked & praying for the safety & recovery of my friend Steve Scalise & all the others shot, including the officers. I was practicing at the time with the Democratic team in DC and am okay."

Congresswoman Jackie Walorski: "Praying for my friend @SteveScalise and everyone affected by this awful shooting, and grateful for the @CapitolPolice and first responders."

Congressman Jim Banks: "Praying for my friend Steve Scalise and everyone at the practice this morning."

Congressman Fred Upton: "My heart is going out to my friend Steve Scalise, his family, & all my colleagues, staff, & brave law enforcement who were injured."

Senator Gary Peters: "Shocked by attack on GOP members of Congress, staff. Prayers for my colleagues, others who are injured & thankful for USCP, first responders"

Congressman Dan Kildee plays on the Democratic congressional baseball team and was at practice this morning on a different field in Washington, D.C. at the time of the shooting. He released this statement: “I am deeply saddened by the horrific shooting at the Republican field during congressional baseball practice. This morning’s violence is absolutely senseless. My thoughts and prayers are with Congressman Steve Scalise, staff and police officers who were shot. I am grateful to the U.S. Capitol Police who every day put their lives on the line to keep Members of Congress, our staff and the public safe.”