President Obama: $263 million for police training and cameras in Ferguson 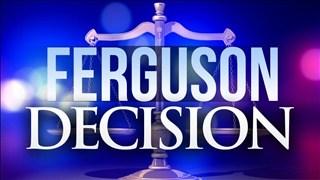 Situations like what happened in Ferguson, Missouri in August have President Obama calling for more body cameras in Ferguson.

Obama spoke out about the issue following demonstrations happening all across the country in the week since the grand jury decision was announced, calling for justice for Michael Brown.

In Washington D.C. Monday, President Obama held a series of meetings focused on the fallout from the shooting, and how lessons can be learned from Ferguson.

“There have been task forces, there have been conversations and nothing happens. Part of the reason this time will be different is because the President of the United States is deeply invested in making sure that this time is different,” says Obama.

The NFL issued a statement Monday saying they will not punish the members of the St. Louis Rams who came onto the field for Sunday's game against the Raiders with their hands raised in the now iconic “Hands up, don't shoot” pose.

While Austin views the movement as a positive gesture, the St. Louis County Police Association says it was tasteless, offensive, and inflammatory.

The newly-formed Ferguson Commission, made up of local officials and community representatives, met for the first time Monday with an ambitious goal of working to bridge deeply-rooted divisions.