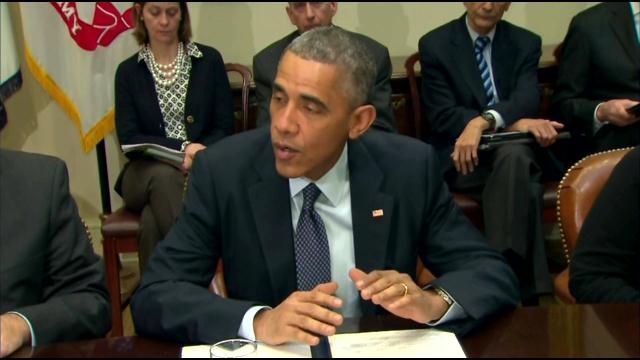 On Tuesday, President Obama was briefed on the latest Ebola response in West Africa.

The president met with his national security and public health teams, and he says when it comes to controlling the outbreak, the world as a whole has a long way to go.

He said proper diagnoses and treatment is the key to prevention.

“As long as the outbreak continues to range in the three countries in West Africa: Liberia, Sierra Leone, and Guinea, this is still going to be a danger. Not just for America, but for the entire world. We are nowhere near out of the woods yet in West Africa,” says President Obama.

The president's comments come just one day after surgeon Martin Salia, who got Ebola while in Sierra Leon, died after coming to the United States for treatment.

Dr, Salia was the second patient to die of Ebola in the United States.