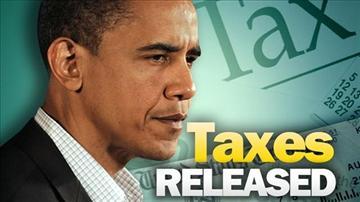 President Obama has been supporting the "Buffet Rule" on taxes and on Friday, The President's taxes were released.

Buffet paid less in taxes last year than his secretary who makes significantly less than him.