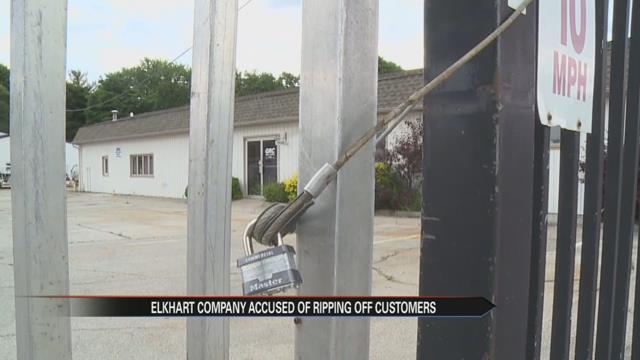 Business owners from around the country are out thousands of dollars after purchasing golf carts that they never received from an Elkhart company.

New court documents show two of the owners of GRC Golf Products say it’s the third owner who is to blame.

According to our reporting partners at the Elkhart Truth in total GRC’s customers are out over $1 million.

While  the case made progress this week, the customers don’t know if they will get their money back.

Bob Thebeau, owner of Hwy 47 Cars & Carts in Union, MI says he spent $103,550 on his latest order from GRC but never received his golf carts.

Thebeau is just one of over a dozen customers from around the country who say they were jipped.

GRC president Chad Leiby resigned from his position last month. The two other owners Richard and Gary Niblock, say Leiby is the one who got them into this situation.

According to their attorney Edward Sullivan, the Niblocks only recently became aware of the issues.

“This really came as a complete shock,” said Sullivan.

As the man in charge of the company’s day-to-day activities Leiby is accused of misappropriating funds, writing bogus invoices, and lying to the Niblocks.

“They were victims as well. The business is having a very difficult time; it’s been hard for them. We are doing the best we can,” said Sullivan.

A judge granted an injunction against Leiby, so he can’t have anything to do with the business from here on out.

Sullivan says any customers who have been affected should contact GRC with any invoices and proof of communication they have.

As for getting their money back, Sullivan couldn’t answer when whether or not that’s in their future.